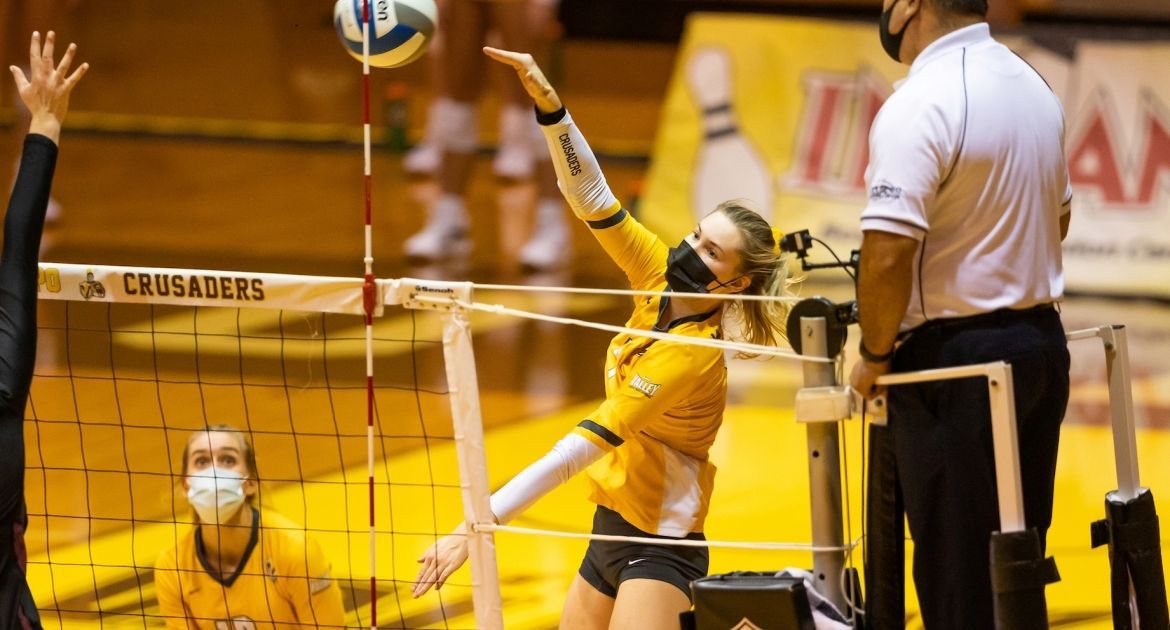 The Valpo volleyball team saw both of its outside hitters achieve career highs in the kills column on Sunday at the ARC, as senior Jaclyn Bulmahn (McCordsville, Ind./Mt. Vernon) posted 23 kills and junior Jillie Grant (Maumee, Ohio/Anthony Wayne) tallied 22 kills, while sophomore Bella Ravotto (Mishawaka, Ind./Marian) posted a career-best 23 digs defensively, but it wouldn’t be enough as Southern Illinois took a tight fifth set to earn a 3-2 (25-17, 17-25, 27-25, 22-25, 15-13) victory in MVC play.

Valpo (2-4, 1-4 MVC) looks for a split against Southern Illinois in Monday’s finale of the back-to-back series. First serve is set for 4 p.m., and the match will be broadcast live on ESPN3. A radio broadcast will also be available on WVUR and online at ValpoAthletics.com.