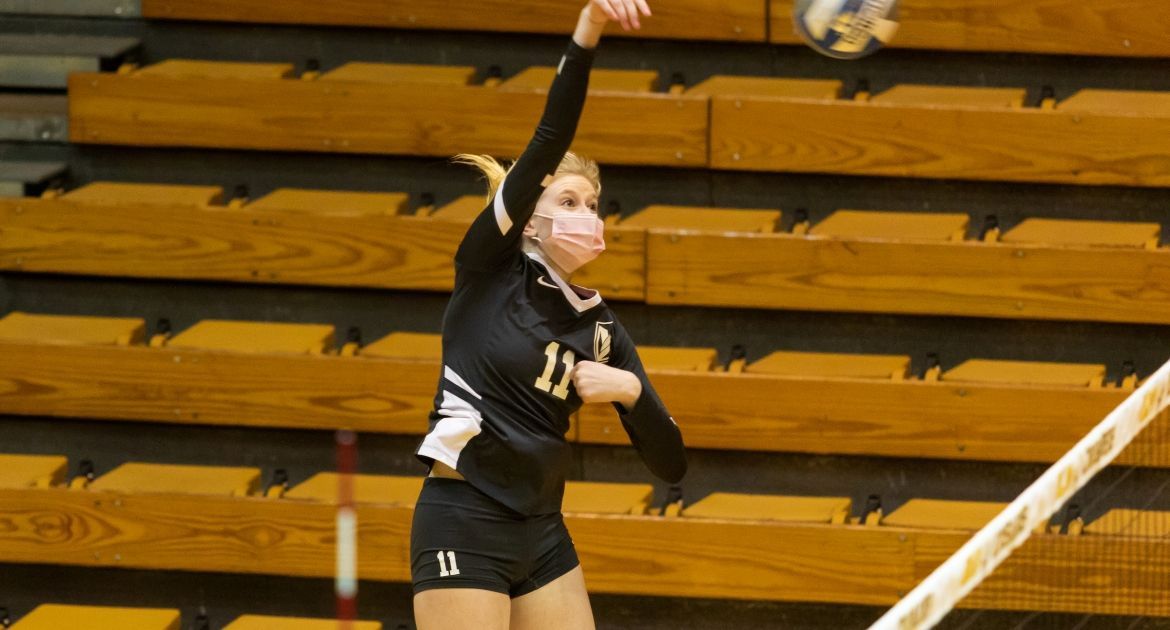 It was a total team effort as the Valpo volleyball team closed the regular season Sunday at Evansville, as all 14 players in uniform played in a 3-1 (25-21, 19-25, 25-22, 25-16) victory over the Purple Aces. With the win, Valpo enters the Missouri Valley Conference Championship as the fifth seed and will open tournament play against fourth-seeded Bradley Thursday afternoon at 2 p.m.