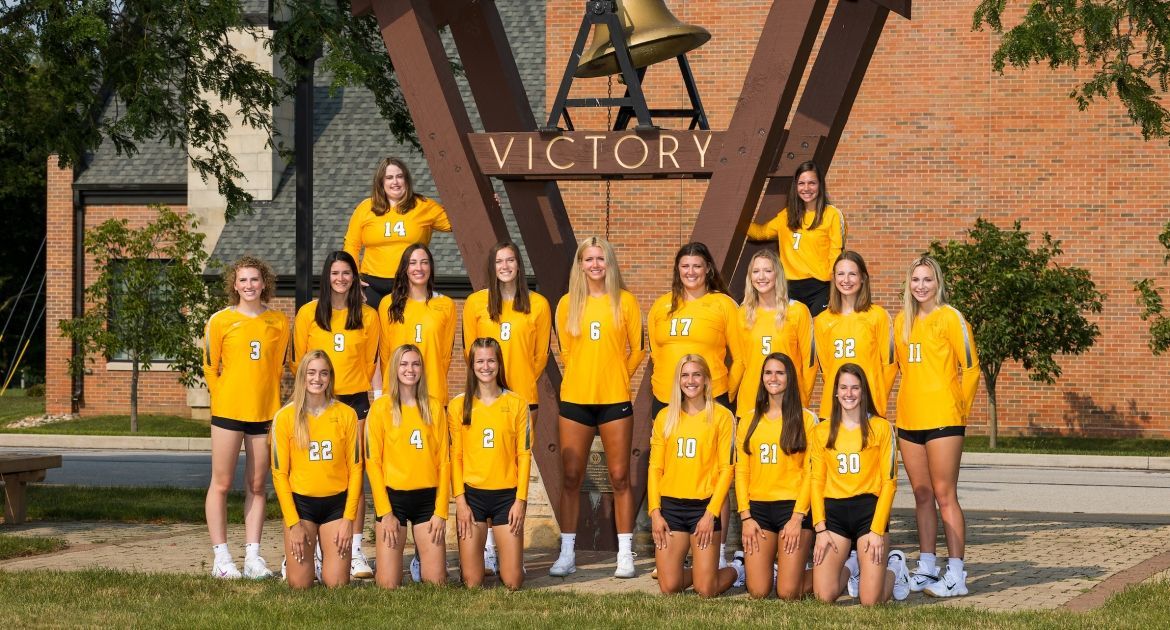 This Week in Valpo Volleyball: The Valpo volleyball team competes in the traditional fall season for the first time since 2019, starting this weekend with a trip to Milwaukee to take part in the Panther Invitational. The challenging slate of three matches opens on Saturday morning against UC Santa Barbara.

Following the Beacons: Valpo’s matches against UC Santa Barbara and Illinois will have video streams via Milwaukee’s YouTube channel, while the match against the Panthers will have a live audio broadcast. Links for all the live coverge, as well as live stats for all three matches, are available via ValpoAthletics.com.

Head Coach Carin Avery: In her 20th season as head coach at Valparaiso, Carin Avery has won 423 matches (423-207, .671) at the helm of the program and has led Valpo to three league regular season and tournament titles, as well as three NCAA Tournament appearances. A two-time league Coach of the Year, Avery has coached 55 All-League recipients over her tenure at Valpo. She is Valpo’s all-time leader in both victories and winning percentage, and owns a 478-231 (.674) record overall as a head coach.

Milwaukee - The one-time Horizon League rivals had a spirited series during their time together in the league, including seven battles in the Horizon League Tournament over Valpo’s 10 seasons, with Milwaukee holding a narrow 4-3 edge in those matchups. Overall, the Panthers hold a 28-18 advantage in the all-time series, including a pair of 3-0 victories in pre-conference play in 2019.

Scouting the Opposition: UC Santa Barbara - The Gauchos did not compete in the spring of 2021 - in their last season of competition, they posted a 23-6 record and advanced to the second round of the NCAA Tournament. UCSB was picked third in the Big West preseason poll.

Illinois - The Fighting Ilini were picked to finish seventh in the Big Ten preseason poll after going 7-11 in a conference-only schedule this spring.

Milwaukee - The Panthers played an all-Horizon League schedule this spring, posting an 8-6 record to finish in fifth place.

Digging Deep: Valpo continued its long tradition of strong back row play in the spring 2021 season, finishing the season ranked third nationally and second in the Valley with 20.37 digs/set. Valpo has ranked among the top-30 nationally in digs/set in each of the last 10 seasons, including leading the nation with 20.03 digs/set in 2017 to go along with a fourth-place rank in 2010 and a sixth-place finish in 2015. Since the move to 25-point scoring, only seven teams have averaged more than 20 digs/set over the course of a season, and Valpo is the only program to have done it twice. 2018 saw Valpo lead the nation in a digs category as well, as it posted 2,613 total digs - a mark which not only ranked first nationally for total digs, but also set a program single-season record and a Division I record in the 25-point era.

Cookerly Continues to Dig: A preseason All-MVC selection and two-time MVC Libero of the Year, fifth-year Rylee Cookerly is coming off another stellar season. Her average of 5.78 digs/set was good for 10th nationally and is third in a single season in program history. Cookerly finished in double figures in digs in each of her 18 matches, including 20+ digs 12 times and 30 or more on four occasions. Cookerly’s already lofty career numbers are poised to take another big jump forward this season. She owns 2,514 career digs, over 300 more than any other active player in the country. Cookerly enters this fall second in Valpo history and third in MVC history in career digs — less than 300 digs from both records — and is just outside the NCAA’s top-15 all-time in the category as well. She is less than 300 digs from second place in NCAA history in the category and sits 662 away from the all-time record of 3,176 digs.

One More Go-Round: Cookerly is one of three Beacons who opted to take advantage of the additional year of eligibility afforded by the NCAA to return for a fifth year. Setter Brittany Anderson returns to the court this fall after playing softball this past spring. A First Team All-MVC choice in 2018, she ranks ninth among active Division I players with 3,850 career assists and is fourth in program history in career assists. Middle Peyton McCarthy enjoyed another strong season this past spring, finishing second on the team with 0.87 blocks/set and contributing 2.30 kills/set on .240 hitting offensively. A First Team All-MVC selection in 2019, she enters this fall just 141 kills shy of 1,000 for her career and is 20 blocks away from Valpo’s career top-10 chart in the category.

Setting Things Up: Sophomore Victoria Bulmahn made an immediate impact running the offense in her first season at Valpo, earning MVC Freshman of the Year honors as she posted 10.84 assists/set, good for second in the Valley, 21st nationally and second nationally among freshmen. Valpo’s offense averaged 13.22 kills/set in MVC play during the spring, its highest total since joining the conference. Also strong in the back row, Bulmahn ranked second on the team and 12th in the MVC with 3.57 digs/set and reached double figures in digs 14 times.