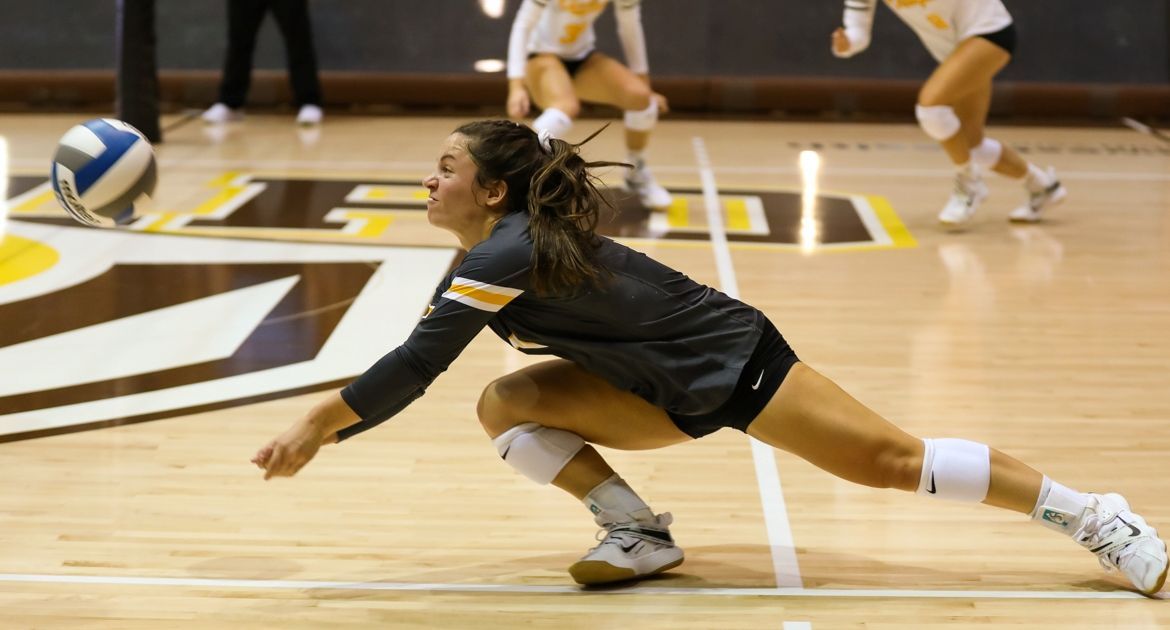 It was a spectacular way to kick off Homecoming weekend Friday evening at the ARC, as Valpo volleyball took to the court for its home opener in front of a raucous crowd and made quick work of visiting Indiana State, sweeping the Sycamores 3-0 (25-19, 25-21, 25-21). Along the way, fifth-year libero Rylee Cookerly (Brownsburg, Ind./Brownsburg) reached yet another milestone, becoming the Missouri Valley Conference career digs record holder.

Valpo (11-3, 2-1) continues its stretch of three matches at home over four days with a Homecoming Saturday showdown with Evansville. First serve is slated for 6 p.m. and can be seen live on ESPN3.