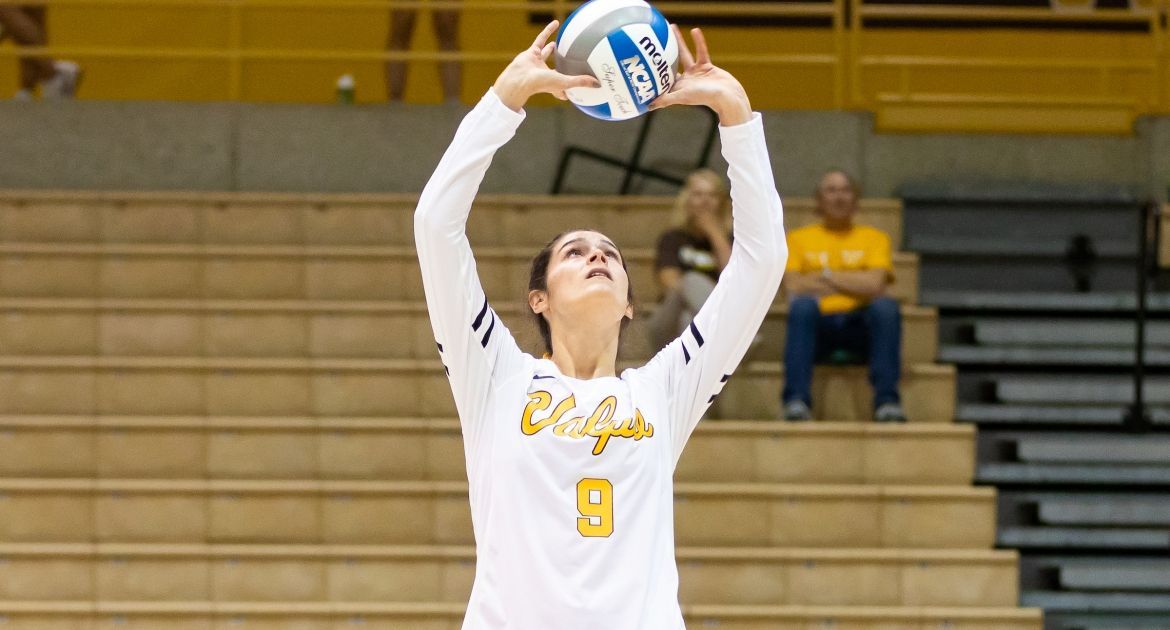 It went right down to the wire, but for the first time in seven five-set matches this season, the Valpo volleyball team came out on the wrong end of the decisive fifth frame, as host Illinois State earned a 3-2 (25-19, 29-31, 20-25, 25-17, 15-13) win Saturday evening. During the match, fifth-year setter Brittany Anderson (East Chicago, Ind./Bishop Noll) moved into the top-20 in Missouri Valley Conference history in career assists.

Valpo (13-6, 4-4 MVC) returns home to the ARC for a key weekend of MVC action next weekend, starting with a Friday night match against Missouri State. First serve is slated for 6 p.m., and the match can be seen live on The Valley on ESPN.