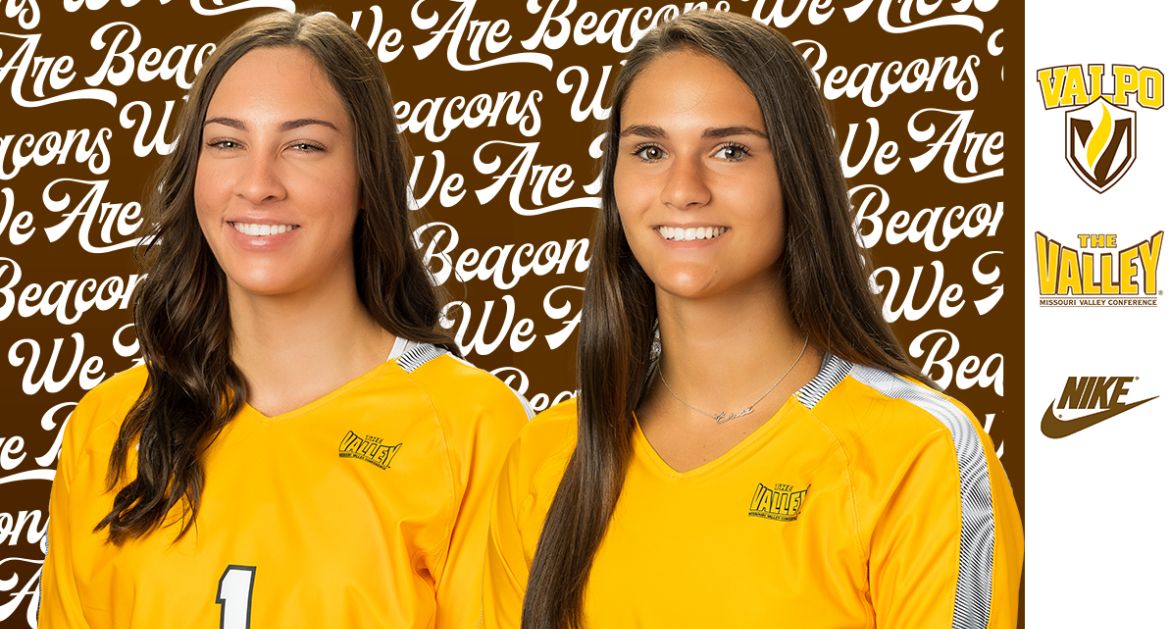 After earning wins on both ends of the Iowa road trip to conclude regular season play, the Valpo volleyball team earned two of the MVC’s three weekly awards on Monday. Senior middle Haley Hart (Frankfort, Ill./Lincoln-Way East) was named the conference’s Defensive Player of the Week, while freshman outside Elise Swistek (LaPorte, Ind./New Prairie) earned Freshman of the Week accolades.

Hart tied for the team lead on the block last weekend in Valpo's pair of wins, including a career-best performance. Hart tied for match-high honors with six rejections in Valpo's win at UNI on Friday. She then took it to another level on Saturday at Drake, surpassing her previous career best of eight with a nine-block performance to again tie for match-high honors. The nine blocks not only set a career-best mark, but also tied for fourth in program history in a four-set match in the 25-point era.

Swistek posted double-doubles in both of Valpo's wins on the Iowa road trip to help move the Beacons into a tie for third place in the final regular season standings. She opened the weekend by tying for team-high honors with 11 kills in the win at UNI while posting 15 digs as well. Swistek then stood out on Saturday in the win at Drake, pacing Valpo with 13 kills and leading all players with 27 digs, smashing her previous career best of 16.