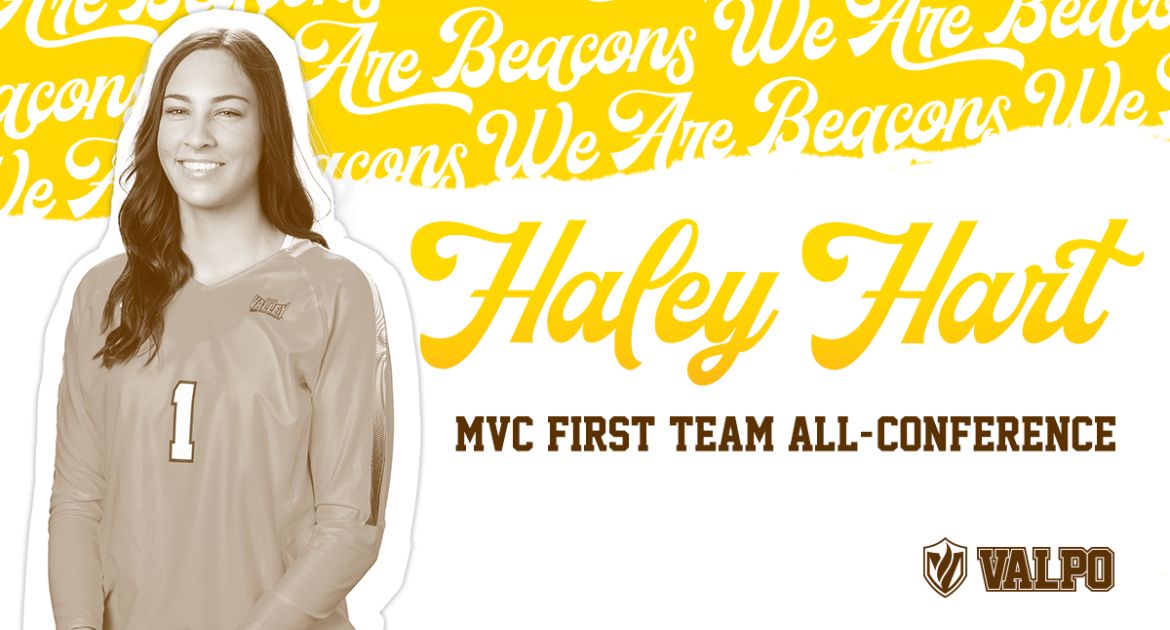 Hart has enjoyed the most productive season of her career on both sides of the net as a senior in 2021. She is hitting .306 with 2.57 kills/set and 1.01 blocks/set, and has stood out in conference play, hitting .316 with 3.00 kills/set and 1.09 blocks/set in MVC competition. Within conference-only play, Hart ranks ninth in both kills and blocks — she is the only player in the top-10 in both categories and is the highest-ranking middle in kills/set — and also sits fifth in hitting percentage.

Cookerly is putting a bow on her tremendous career in the Valpo uniform this season. She is averaging an MVC-best 4.83 digs/set, good for 39th nationally. Over the course of this season, Cookerly has broken Valpo’s career digs record and the Valley’s career digs record. She moved into second place in NCAA history in career digs and surpassed the 3,000-dig mark for her career two weekends ago.

McCarthy has had a standout season on both sides of the ball for Valpo this year in her final season. Offensively, she is swinging at a .292 clip – seventh in the MVC – with a team-high 2.62 kills/set. Her career total of 1,147 kills ranks 11th in program history and is just 17 away from the top-10. Meanwhile, on the block, McCarthy ranks 10th in the Valley with 0.96 blocks/set. With 437 career blocks, McCarthy is just six away from second place in program history.

The future is bright as well, with Swistek enjoying a strong rookie campaign as a six-rotation outside hitter. Within MVC play, Swistek has averaged an even 2.00 kills/set and 3.19 digs/set, the latter mark good for 12th in the Valley. She has posted double figures in digs 15 times and in kills on six occasions.

Hart, Cookerly and McCarthy are all multiple-time postseason honorees. Cookerly earns her third All-Conference accolade, as she was MVC Libero of the Year and a First Team All-MVC honoree each of the last two years. McCarthy was previously a First Team selection in 2019, while Hart picked up Second Team honors this past spring.