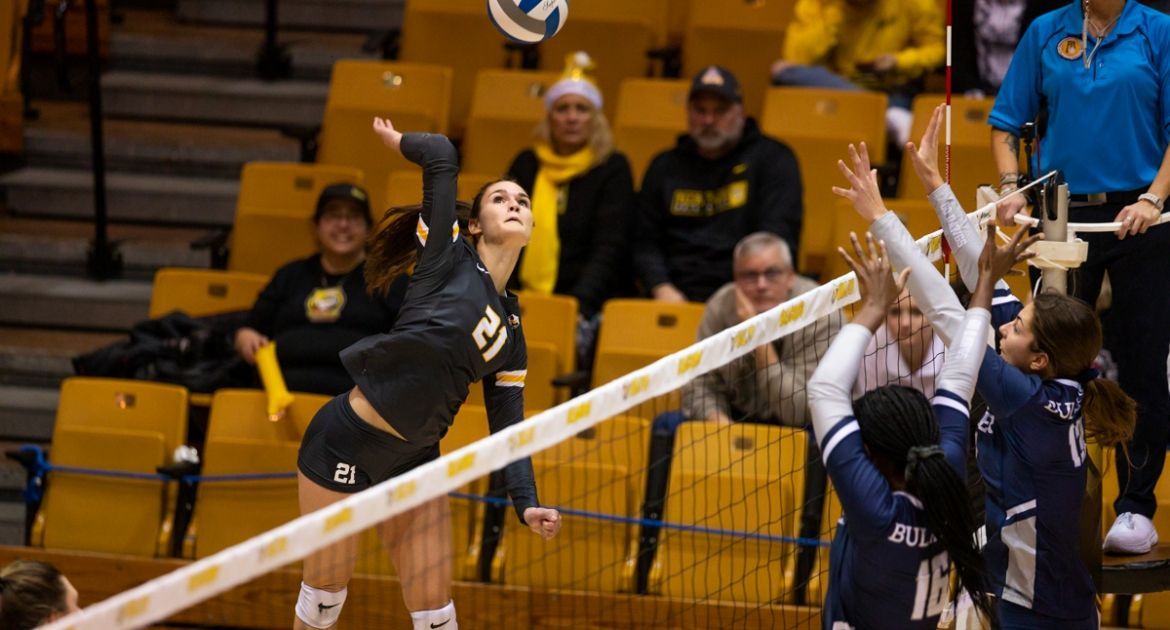 The Valpo volleyball team made quick work of longtime rival Butler in the first round of the 2021 NIVC Thursday evening at the ARC, sweeping the Bulldogs (25-23, 25-17, 25-16) for the third postseason victory in program history. With the win, the Beacons advance to face Toledo — five-set winners over Indiana State in Thursday’s first match — with a quarterfinal berth on the line Friday evening.

Valpo (23-9) looks to advance to the NIVC quarterfinals for the second time in as many tournament appearances on Friday evening as it hosts Toledo. First serve is slated for 6 p.m. and the match can be seen live on ESPN+.