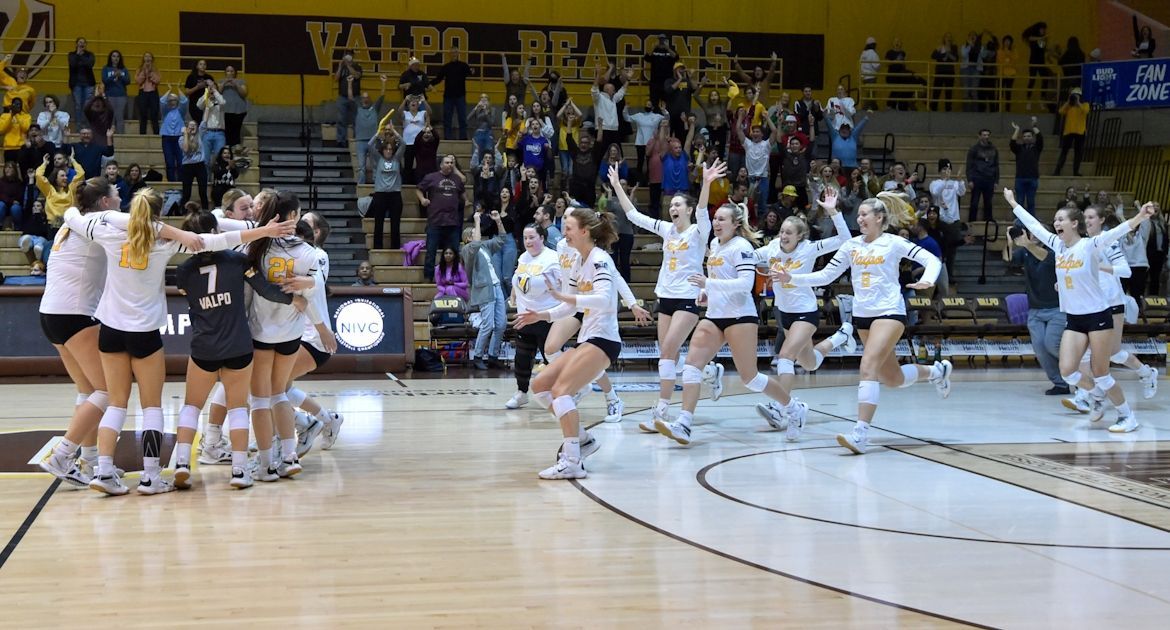 The Valpo volleyball team, buoyed by tremendous fan turnout and support Friday evening at the ARC, swept three closely-contested sets from UConn (28-26, 27-25, 26-24) in the semifinals of the 2021 NIVC to advance to the tournament championship match. Valpo will host UNLV for the crown on Sunday night at 7 p.m. at the ARC.

Valpo (26-9) will go for the NIVC title on Sunday night at the ARC against UNLV. First serve is slated for 7 p.m., and the match can be seen live on ESPN+ and heard live on WVUR (95.1 FM, Valparaiso). Links for all the live coverage are available at ValpoAthletics.com.

Tickets are on sale now for Sunday’s championship match by visiting ValpoAthletics.com/tickets, calling 219-464-5233 or walking up to the Valpo Ticket Office in the ARC.