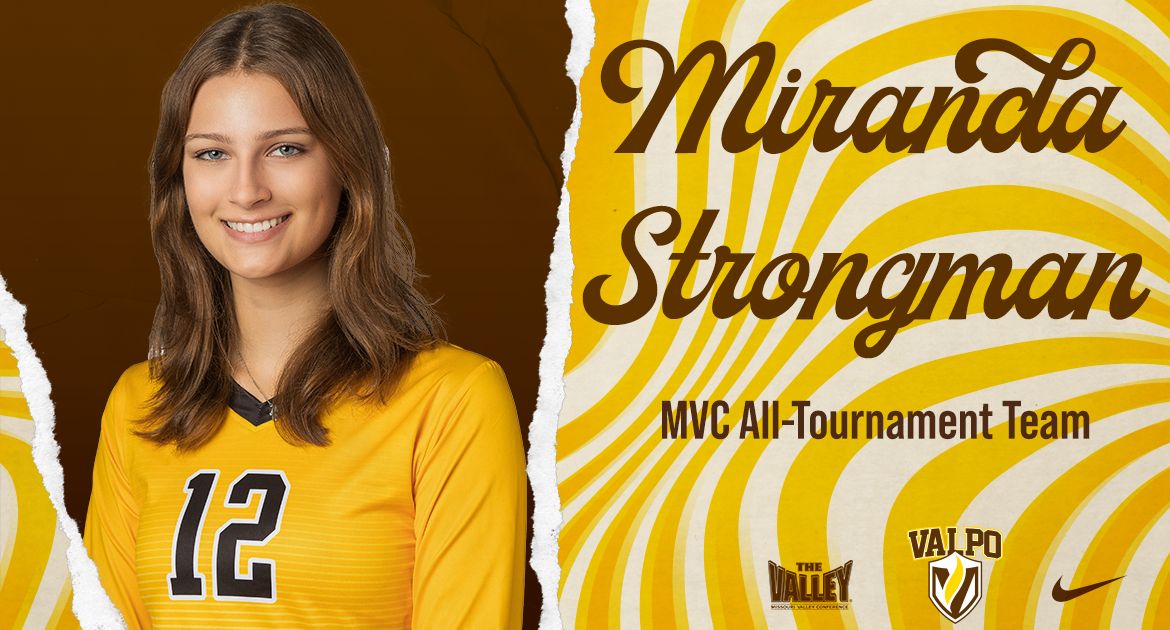 Valpo volleyball senior middle Miranda Strongman (Wolverine Lake, Mich./Walled Lake Central [LIU]) represented the Beacons on the MVC All-Tournament Team for her stellar work on both sides of the net in Valpo’s pair of tournament matches.

Strongman opened the tournament with nine kills on a team-best .444 hitting in the sweep of Murray State in the opening round on Sunday and also tied for match-high honors with four blocks. On Monday in second-round action against UIC, Strongman tied for a team best with seven kills and did not commit an attack error, hitting .467, and tied for a team high with three blocks as well.