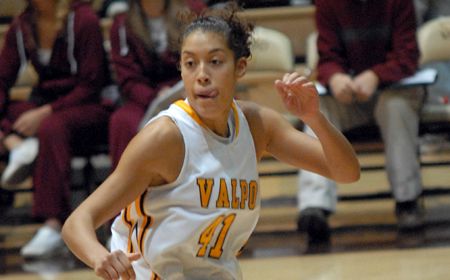 The sophomore forward scored a career-high 14 points in Valpo’s win over Youngstown State last Saturday, while grabbing eight rebounds, including six on the offensive end of the floor, in her first start of the season.  Earlier last week against La Salle, she had set her previous high with eight points in the Christmas City Classic.  In the second game of the classic against North Florida, Varner continued her stellar play with a career-best nine rebounds.  For the week she made 60% of her shots from the floor, including 5-of-7 from three-point range.

In the classroom, Varner sports a 3.70 cumulative grade point average as a psychology major.  She earned Dean’s List honors both semesters last season, as well as during the fall of this season.

Varner and the Crusaders take to the floor Thursday evening to face Wright State.  Tip-off is set for 6 p.m. CST at the Nutter Center in Dayton, Ohio with all the action available on the Horizon League Network or through sportsjuice.com.