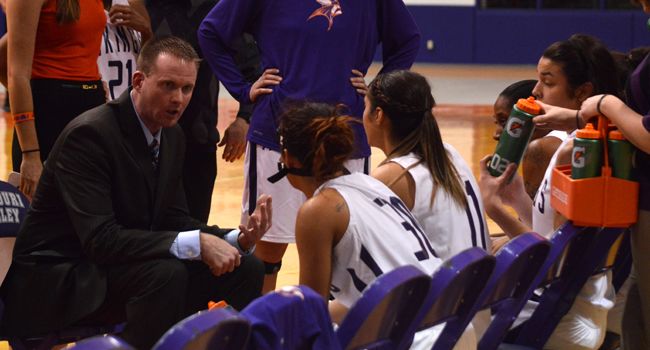 "I'm thrilled to have him on our staff. I firmly believe that Justin will raise the bar for our program, and he will help us find a way to get this team back on top," Dorow said.

Rees will serve as the team's recruiting coordinator and work primarily with post players.

A native of Lawrence, Kansas, Rees earned a Bachelor of Science degree in broadcast communications from Barry University in Miami Shores, Fla. in 1997.  Rees was a member of the Barry University men's basketball team, and has an extensive coaching background.

After graduating from college, Rees was an assistant coach at Post University in Waterbury, Connecticut for three years.  Rees then became the associate head coach and recruiting coordinator at NCAA Division II Ferris State University in Big Rapids, Michigan from 2002-2007.

Rees then moved to NCAA Division I University of Maine in Orono where he served as an assistant coach and recruiting coordinator from 2007-2011. Rees then took over as the head coach for the NCAA Division II Lake Superior State University women's basketball team where he posted a 10-16 record in his one season as coach in 2011-2012.

Rees was also an assistant coach at William Jewell College in 2012-2013.