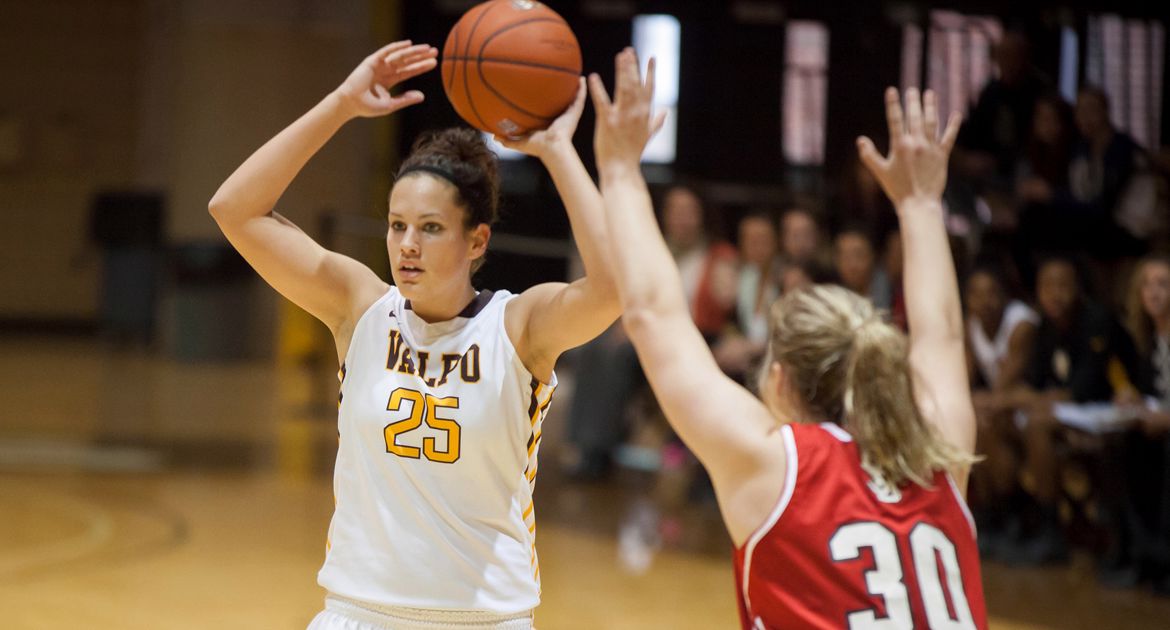 Horton, who graduated this past May, signed a contract last week to play professionally with Turngemeinde (TG) Neuss. TG Neuss is a Division II club, the second-highest of seven levels in Germany. The season tips off in early September with playoffs concluding in late March.

Horton told Mike Myers of the Washington (Ind.) Times-Herald that she expects the experience to extend well beyond basketball.

"My coach speaks great English, but she told me that I would be expected to understand German because in practice it's all in German. It's a respect thing as well," Horton said.

TG Neuss will also afford Horton the opportunity to coach youth teams while playing with the club.

Horton, who was named the Most Improved Player following the 2012-13 season, averaged 10.9 points per game with the Crusaders in 2013-14. Her 39.8% mark from three-point range not only led the team, but was the 9th-highest percentage ever in a single season at Valparaiso. She was named Co-MVP of last year's squad along with fellow senior Charae Richardson.