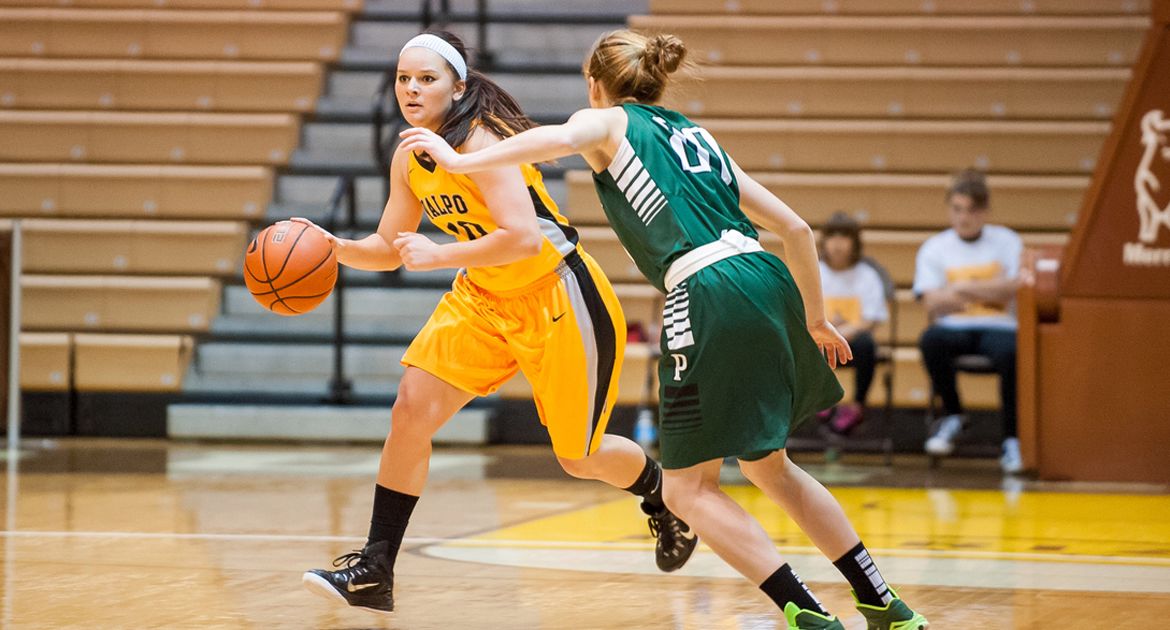 Akron exploded for a 59-point second half en route to a 100-65 victory over Valparaiso Tuesday night at the James A. Rhodes Arena. The Zips' Anita Brown poured in a game-high 21 points on 10-of-12 shooting while Sina King contributed 19 points and 17 rebounds.

The Crusaders received an early harbinger when their first ten points were scored from five different players. Akron, on the other hand, was able to sit back and watch as King dominated the majority of the first half. The senior needed just 12 minutes and 20 seconds to notch her second double-double of 2013-14.

Dani Franklin (Cedar Rapids, Iowa/George Washington) trimmed an early Zip lead to six on a nice feed from Jessi Wiedemann (Palatine, Ill./Fremd) at the eleven-minute mark. An Akron free throw, fast break layup, and three-pointer later pushed the needle back the home team's way as the Zips never led by double digits the rest of the way.

The three-point ball, which had been so kind to Valpo in its first four contests, betrayed the Brown and Gold in the first half. The Crusaders entered the tilt having shot 46.1% beyond the arc. They managed just 2-of-11 (18.2%) from deep at half.

What began as a manageable 12-point deficit quickly degenerated into a 35-point disparity.

With all eyes on King in the onset of the second half, Brown nudged her way into the spotlight. Brown, who had been held to six first-half points, tallied 13 of the Zips first 25 points of the second half. She made her first six shots of the period as Akron erupted for a 28-5 run. Fourteen of those 28 points came on layups.

Valpo shot considerably better from the perimeter in the second stanza, draining six of its eleven attempts from downtown. However, seven second-half turnovers resulted in 14 Akron points. The Zips also commanded the paint in the final twenty minutes by a 26-8 margin.

Franklin led the way for Valpo as she ended the night with 16 points and eight boards. Annemarie Hamlet (McBain, Mich./McBain [Oakland]) dropped in all ten of her points in the second half. Down low, Haylee Thompson (Hailey, Idaho/Wood River [Utah State]) gathered ten rebounds. All eleven players that saw the court for Valparaiso notched points.

For the second time in the last three games, the Brown and Gold didn't record a steal. The Crusaders did, however, commit a season-low 19 turnovers. Meanwhile, the Zips used 28 assists to fuel 40 field goals.

Valparaiso (3-2) will resume play after Thanksgiving when the 12th-ranked Louisville Cardinals (5-0) fly into town for a Sunday matinee. Tipoff is at 1:35 pm CT. Links to the audio, video, and live stats are available at ValpoAthletics.com.