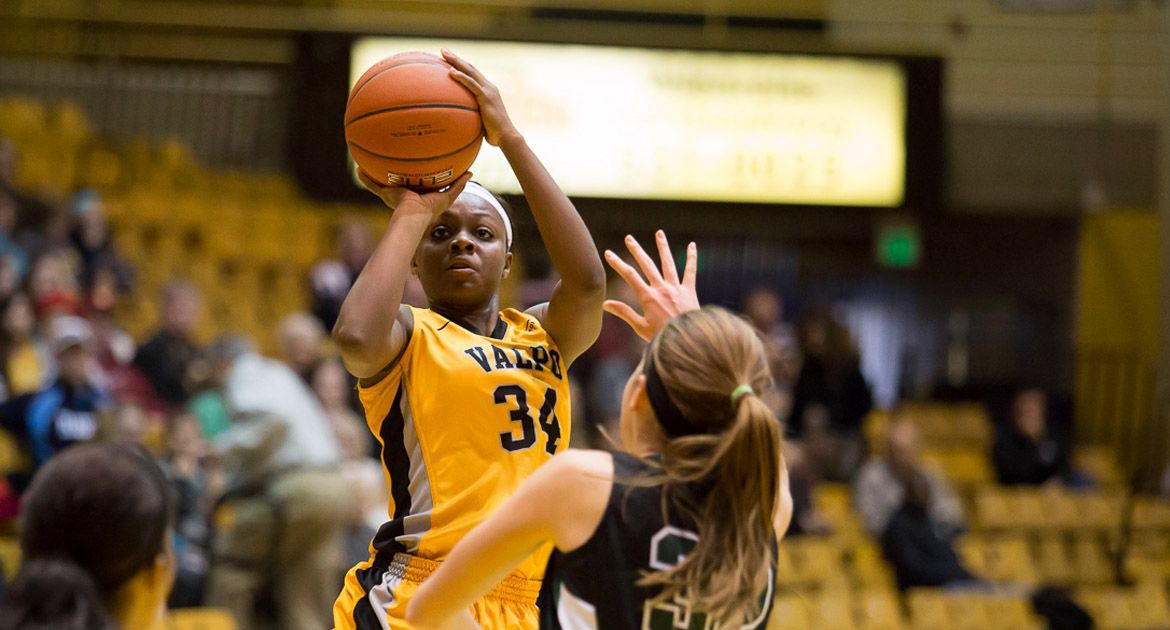 The Wright State women's basketball team assembled a half-closing 13-2 run as the Raiders claimed an 80-62 win over Valpo at the Athletics-Recreation Center Saturday afternoon.

It stayed a tight game for much of the opening period. Eleven lead changes occurred in the first eight minutes while both teams traded baskets in an uptempo onset.

Courtney Boyd knocked down a jumper to give the Raiders a 16-15 lead heading into the under-12 media timeout. Tayler Stanton was whistled for a technical foul at the 11:45 mark, but both free throws rimmed out and Valpo was unable to recover a lead at that point - or the rest of the afternoon.

Wright State extended its lead to nine before Annemarie Hamlet (McBain, Mich./McBain [Oakland]) raised the nylon on a three-pointer from the wing to move it to a 35-29 game.

Hamlet's trey represented the Crusaders' final field goal of the first stanza. On the other end, Wright State drew 11 fouls which parlayed into 17 free-throw attempts. The Raiders converted on a remarkable 16 of those foul shots as part of a 13-2 half-closing surge. Ten of their final 15 points of the half came from the charity stripe as WSU led 48-31 at the break.

Wright State's Tay'ler Mingo was a perfect 11-of-11 from the free-throw line in the first half as she registered 19 of her game-high 31 points in the first twenty minutes.

Walker rallied the Crusaders with 11 first-half points on 4-for-7 shooting.

Wright State's lead hovered around 20 points for the remainder of the tilt. Valpo limited the Horizon League's most potent offense to 13 points over an eleven-minute stretch, but the Crusaders were unable to carve a considerable slice into the deficit. The Raiders hung on for an 80-62 win, their fifth consecutive over the Brown and Gold.

Franklin returned to her 2014 calendar year-form in the second half. She poured in 13 points on five field goals, three of which were behind the arc. The freshman finished with 17 points as she led the Crusaders in scoring for the first time since the Purdue-Calumet game (Dec. 30).

Valpo (4-13, 0-4 Horizon) will seek to shake a five-game losing streak Wednesday evening in Milwaukee. The Panthers (5-11, 1-3 Horizon) welcome the Crusaders to the Klotsche Center at 7:00 pm CT. Links to the audio, video, and live stats are available at ValpoAthletics.com.