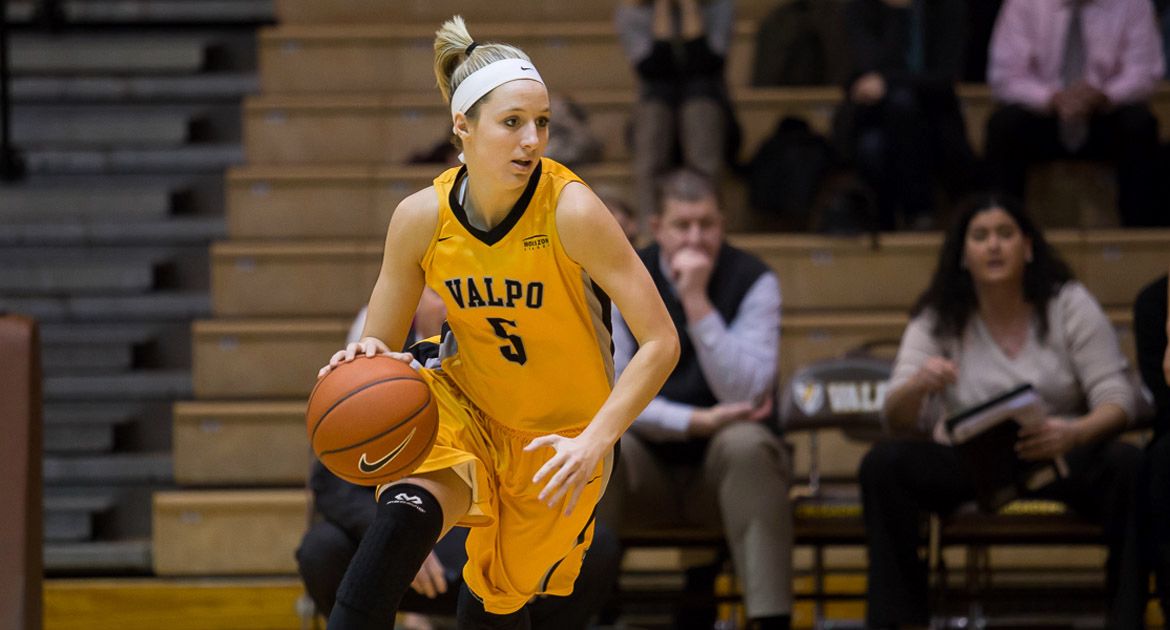 Next Up in Crusader Basketball: After playing five of its last six games inside the Athletics-Recreation Center, Valparaiso hits the road for a Wednesday night showdown with Milwaukee. The Panthers enter the contest one game ahead of the Crusaders in the Horizon League standings. Wednesday will be just the second home tilt since Dec. 21st for the Panthers, who have played the fewest home games of any league team.

Last Time Out: Wright State assembled a half-closing 13-2 run as the Raiders claimed an 80-62 win over Valpo at the Athletics-Recreation Center Saturday afternoon. The first half featured eleven lead changes, but Wright State pulled away behind 16-of-17 free-throw shooting in the opening period. Jasmyn Walker collected her second double-double in league play with 16 points and 10 rebounds, but Tay’ler Mingo dropped in 31 points (15-19 FT) to improve the Raiders to 14-4.

Head Coach Tracey Dorow: Tracey Dorow (21-58) is in her third season at the helm of the Valparaiso women’s basketball program in 2014-15. She collected her 250th career victory on November 14th, 2014 after a 91-57 walloping of Butler. In her first season, Dorow led the Crusaders to eleven victories overall, including five in Horizon League play. Dorow arrived in Valparaiso after 14 seasons at Ferris State. She compiled a 232-163 record while with the Bulldogs. Furthermore, Ferris State posted the #1 grade point average in all of Division II for the 1999-2000 women’s basketball season as well as the #2 ranking in 2002-03.

Series Notes: Milwaukee leads the all-time series 16-8. The Crusaders have won three of the last five meetings after dropping the previous five. The Panthers won last season’s matchup at the Klotsche Center, 85-80, behind Avyanna Young’s 36 points on 15-of-19 shooting.

Storylines...
- Over its last seven games, Valpo has held all but one opponent to 30% or under from beyond the arc (Oakland, 35.5%).
- Five Panthers have 12 or more steals. Jessica Carr and Jasmyn Walker lead the Brown and Gold with 11 each.
- Through their first 15 games, the Crusaders shot 37.5% from three-point range. In their last two tilts, they’re 3-for-29 (10.3%).
- Wednesday’s game features the last three Horizon League Freshmen of the Week (Jasmyn Walker [2], Jenny Lindner).

@MKEWBB...
- @MKEWBB finished 2013-14 with an 8-22 overall record, and a 3-12 mark in the Horizon League.
- @MKEWBB defeated Green Bay on the road in last year’s regular season.
- @MKEWBB’s Ashley Green is second in the Horizon League in scoring (18.9 PPG) and sixth in rebounding (7.6 RPG).
- UIC’s Ruvanna Campbell (256) is the only HL player with more field goal attempts than Green’s 245.
- @MKEWBB welcome seven new players after losing seven letterwinners from 2013-14.
- Two of those newcomers are contributing over 10 points per game (freshman Jenny Lindner, 10.1; transfer Jaleesa Armstrong, 10.3).
- Lindner is 3rd in the Horizon League in free-throw percentage (84.2%).
- Kyle Rechlicz is in her third season as head coach of the Panthers.
- Rechlicz graduated from University of Wisconsin where she helped the Badgers to four postseason appearances.

Lexi Miller
- One of two Crusaders that has more assists (35) than turnovers (30).
- Has recorded an assist in every game she’s played in this season.
- Finished a point shy of her career-high at NIU (Nov. 20) as she guided Valpo with 17 points on 4-of-5 shooting from three-point range.