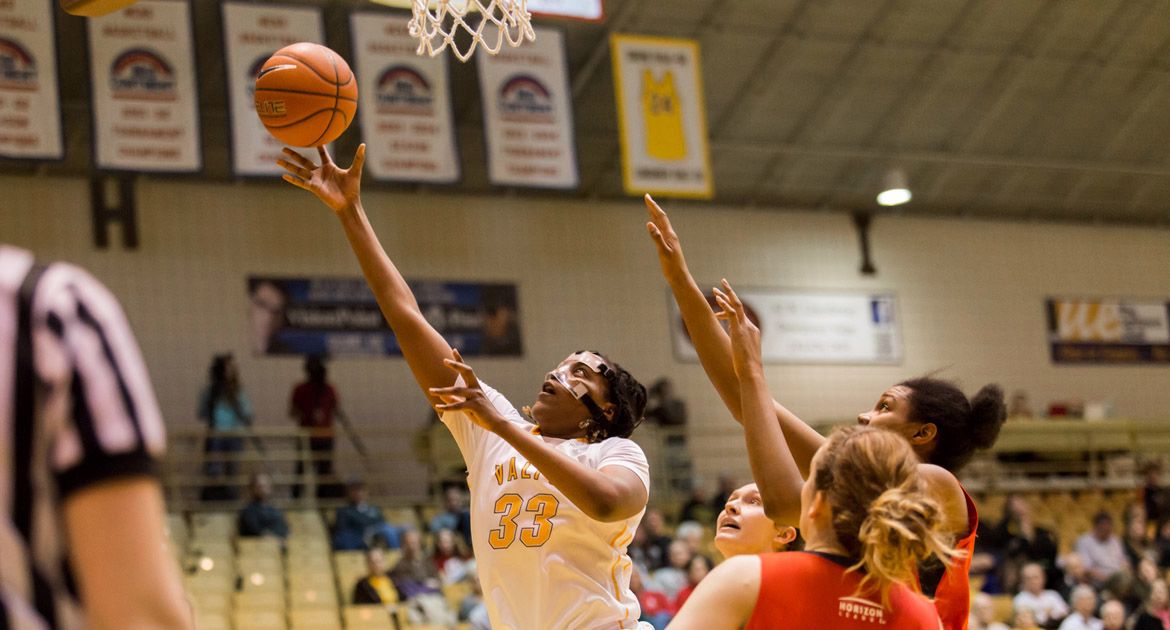 Next Up in Crusader Basketball: Valparaiso welcomes Cleveland State to the Athletics-Recreation Center on Wednesday night for the penultimate home game of the 2014-15 season. The Crusaders are looking to earn a split in the regular season series versus the Vikings. Cleveland State emerged with a 69-62 victory over the Brown and Gold at the Wolstein Center back on January 8th.

Last Time Out: Four Crusaders made their way into double figures, but Penguin forward Heidi Schlegel recorded 38 points for the second straight game in an 87-69 Youngstown State victory Saturday afternoon at the Athletics-Recreation Center. Abby Dean led the way for Valpo with 15 points while Jasmyn Walker’s 12 points and 11 boards secured her third straight double-double. Senior Jessica Carr made her 100th career three-pointer at the 10:40 mark of the second half.

Head Coach Tracey Dorow: Tracey Dorow (23-64) is in her third season at the helm of the Valparaiso women’s basketball program in 2014-15. She collected her 250th career victory on November 14th, 2014 after a 91-57 walloping of Butler. In her first season, Dorow led the Crusaders to eleven victories overall, including five in Horizon League play. Dorow arrived in Valparaiso after 14 seasons at Ferris State. She compiled a 232-163 record while with the Bulldogs. Furthermore, Ferris State posted the #1 grade point average in all of Division II for the 1999-2000 women’s basketball season as well as the #2 ranking in 2002-03.

Series Notes: Valpo possesses a 14-13 advantage all-time over Cleveland State in a series that began in 1989. The Vikings have won four straight contests over the Crusaders. Both teams have fared better away from their respective homes - CSU is 8-5 in 13 tilts at the ARC while Valpo is 9-5 at the Wolstein Center.

Storylines
- Cleveland State’s Cori Coleman enters Wednesday night’s game 14 points shy of 1,500 for her career.
- Despite residing in the same conference for 14 years, the Crusaders and Vikings have never met in the postseason.
- Through 25 games this season, the Vikings have been outscored by just one point (954-953) after halftime.