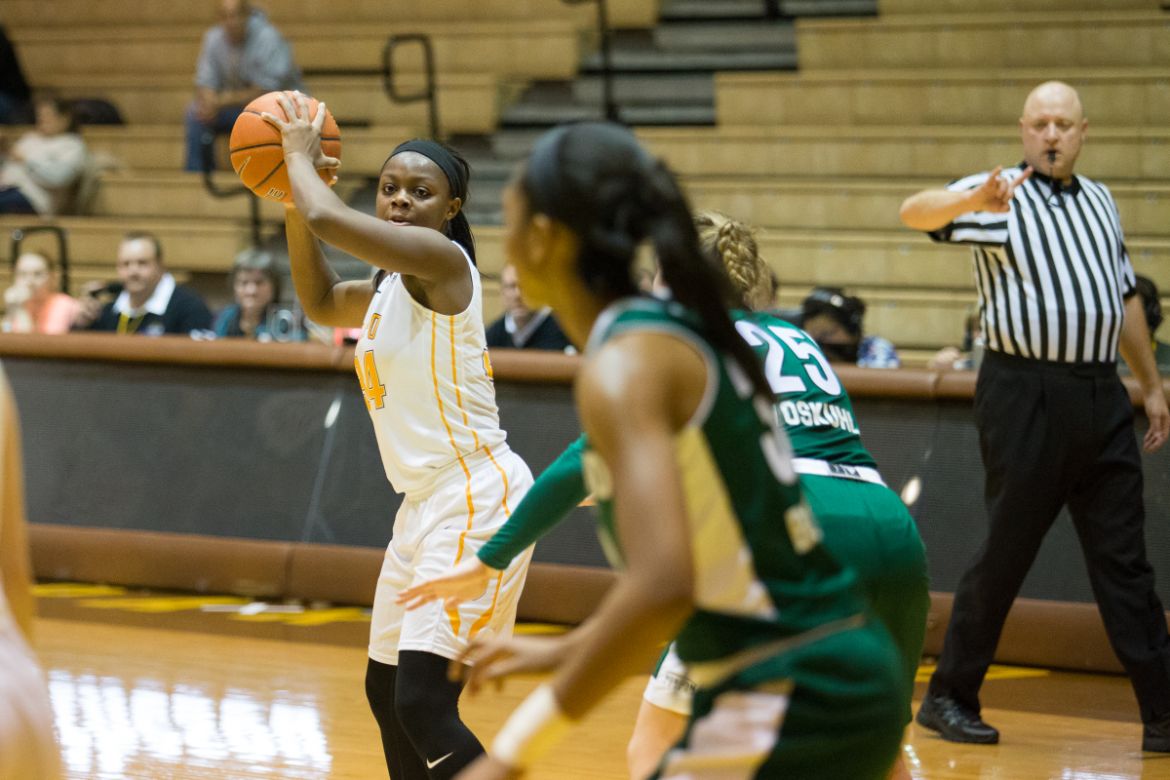 Facing a 20-13 rebounding deficit at the half, the Valpo women's basketball team were greeted with a gut check in the locker room.

The Crusaders answered the bell by outrebounding Cleveland State 25-9 over the final two quarters to flip a four-point deficit into a 66-59 victory Thursday night at the Athletics-Recreation Center.

Senior Abby Dean (Carmel, Ind./Carmel) dictated the offensive game in the first half, logging 10 of her season-high 16 points prior to the second-quarter horn. Freshman Meredith Hamlet (McBain, Mich./McBain) rediscovered her stroke in the onset of Thursday's game, nailing her first two perimeter attempts as part of a six-point first half. Walker was limited to just one field goal on five attempts in the first two quarters, but made up for it on the defensive glass with six rebounds.

Valpo scored the first five minutes of the second half to momentarily take a one-point lead, but the Vikings responded with a 10-0 blitz to notch their largest lead of the game at 42-33 at the 6:06 mark of the third quarter.

Following a timeout, senior Jessi Wiedemann (Palatine, Ill./Fremd) sank a three-pointer before Dani Franklin (Cedar Rapids, Iowa/George Washington) raised the nylon on one of her own to make it a one-possession game.

Hamlet hit her third triple of the night to put the Brown and Gold ahead by two with 2:39 on the clock, but Brooke Smith, who tallied a game-high 18 points and five steals, tied the game on a layup with a little over a minute to play.

The game entered the fourth quarter at a 46-46 deadlock.

Smith opened the frame with a pair of free-throws, but a Walker lay-in one minute later put the Crusaders ahead for the final time. Valpo never led by more than six points until the final score was determined. Cleveland State made it a one-possession game five separate times down the stretch, but each time the Brown and Gold retaliated with points.

Senior Lexi Miller (Caledonia, Mich./Caledonia) provided a steady hand at the point during a precarious second half. She finished with six assists opposite just two turnovers.

Valpo (7-11, 3-4 Horizon) seeks to get back to .500 in league play Saturday afternoon when Youngstown State (13-4, 4-2 Horizon) visits the ARC at 1:30 pm. The Penguins defeated UIC, 69-64, Thursday night in Chicago. Links to live coverage and live stats of Saturday's game will be posted at ValpoAthletics.com.