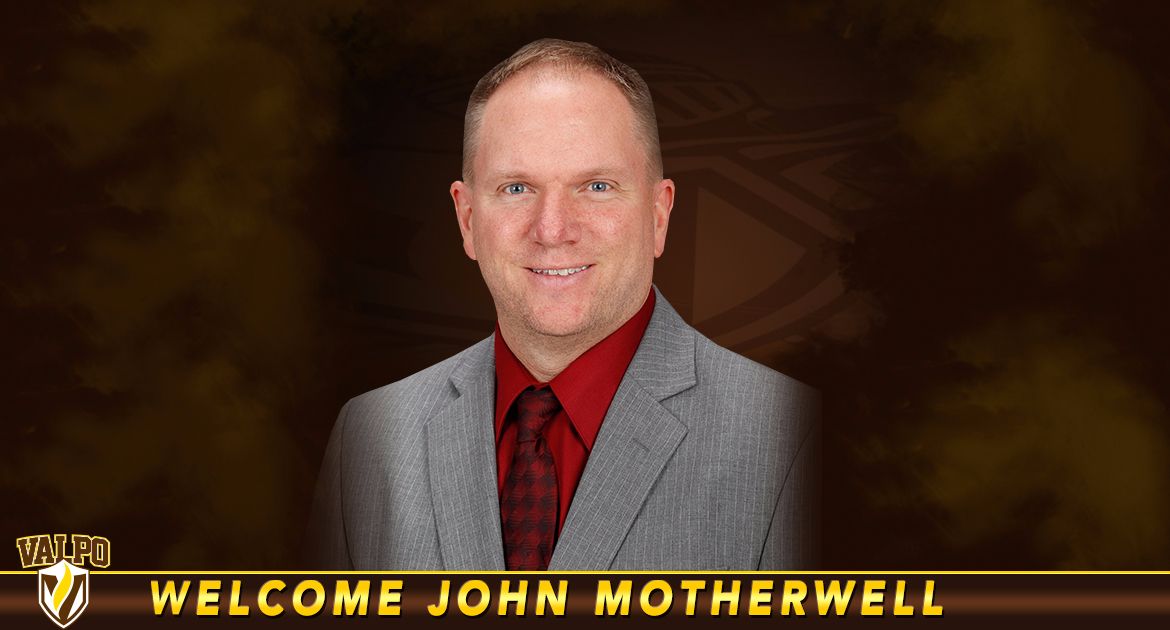 Valparaiso University women’s basketball head coach Tracey Dorow announced today that John Motherwell has joined the Crusader coaching staff as an assistant coach for the upcoming 2016-17 campaign. Motherwell, who brings a wealth of collegiate coaching experience in the Midwest to his position on the Valpo staff, has coached 14 players during his career who have gone on to play professional basketball.

"I’ve known Coach Dorow since I was coaching against her when she was at Ferris State," said Motherwell. "Besides being a great coach, she is a better person, with her values and her character being the factors that led me to coming on board her staff. I love the Horizon League, and I’m especially excited to be joining what I consider its 'marquee name' – the tradition of success here, and the outstanding national reputation of the university – not just athletically, but academically as well, makes me confident about what the women’s basketball program can become. I made a very intentional decision to come here and am excited to be a Crusader."

Motherwell spent the last two seasons on the bench as an assistant coach at Minnesota, helping guide the Golden Gophers to 43 victories and their first NCAA Tournament berth since 2009. In his time at Minnesota, Motherwell helped coach a pair of First Team All-Americans and three WNBA draft picks, including working directly with post players Amanda Zahui B. and Shae Keller, both of whom were selected in the 2015 WNBA Draft – Zahui B. second overall to the Tulsa Shock. Motherwell also helped coach national sensation Rachel Banham in 2015-16 as she tied the NCAA single-game scoring record and closed her career sixth in NCAA history in career points scored.

“We are blessed that Coach Mo has chosen to become a part of our Valpo women's basketball program,” said Dorow. “He has established deep relationships throughout the country and will be an exceptional recruiter for our team. Coach Mo has coached at every level and possesses a wealth of knowledge about the game of basketball. I have the utmost respect for his coaching abilities and am eager to work alongside him!”

Motherwell brings familiarity with Horizon League women’s basketball as well to the Crusader bench, as Valparaiso is the third league school he has coached at. He spent five seasons (2005-10) as an assistant coach at Milwaukee, and more recently spent the 2013-14 season on the sidelines at Detroit. During his tenure at Milwaukee, the Panthers shared the Horizon League regular season title and won the Horizon League Championship, advancing to the NCAA Tournament in 2005-06, and also had another appearance in the league tournament title game in 2009. He also served as position coach for two-time Horizon League Player of the Year Traci Edwards.

Motherwell has also served as an assistant coach at a number of other institutions, including West Florida (2012-13), North Dakota (2010-11), Minnesota State-Moorhead (2000-05), Concordia St. Paul (1999-2000) and the College of St. Scholastica (1998-99). During Motherwell’s stint at MSU-Moorhead, the Dragons enjoyed five consecutive winning seasons following a stretch of seven straight losing campaigns. They also set a new school record with 24 victories during the 2004-05 campaign, a season in which they claimed their first league title in 20 years and appeared in the NCAA Division II Tournament.

Motherwell graduated from Michigan in 1995 with a degree in general studies. Prior to arriving at Michigan, he was a football letterwinner at Eastern Michigan. He married the former Sherri Bierschbach in 2001. The couple has two children, Annie and Joe.