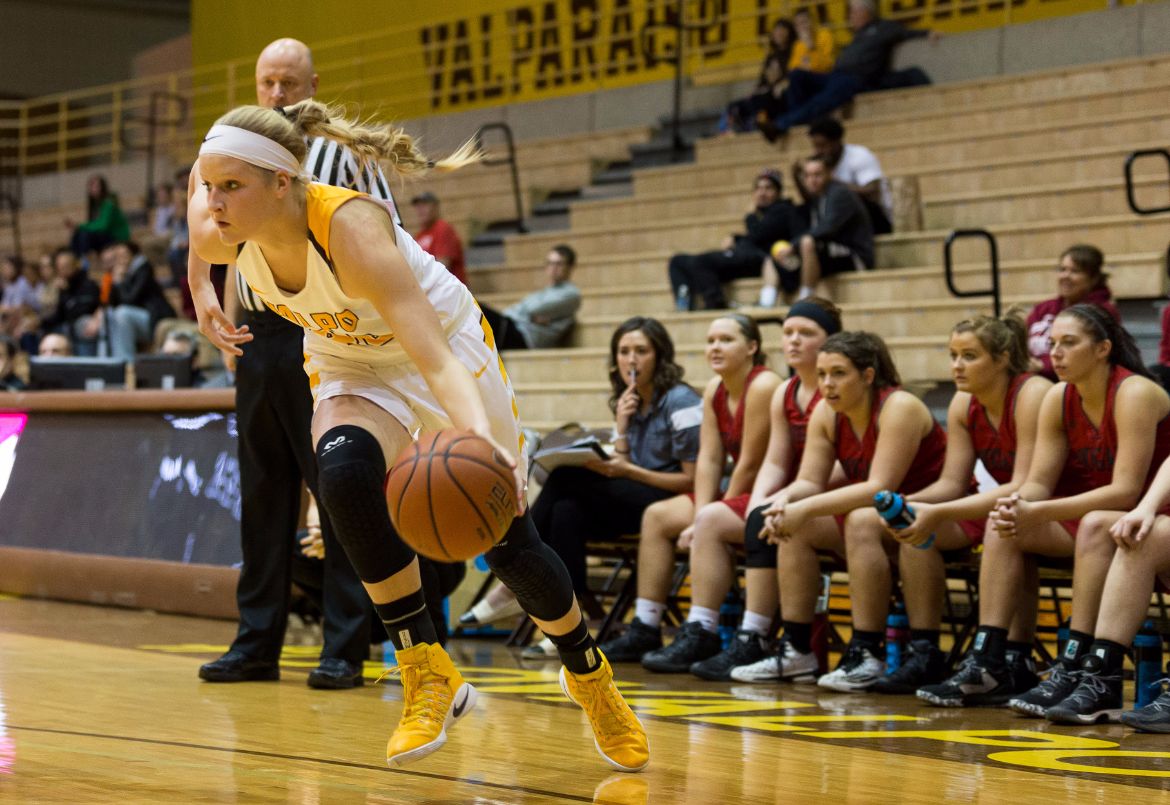 Next Up in Crusader Basketball: The Valparaiso University women’s basketball team welcomes Liberty for a post-Thanksgiving meeting that features no shortage of compelling storylines on Friday. First-year Valpo assistant coach and former Liberty star Megan Leuzinger will face off with her alma mater. In addition, it will be a family affair for Valpo head coach Tracey Dorow, whose sister is Liberty assistant coach Andy Bloodworth.

Following the Crusaders: Friday’s game will be broadcast on ESPN3, WatchESPN and the ESPN app. Parker Gatewood will handle play-by-play, with Renee’ Turpa providing color commentary. Links to live video and stats will be available on ValpoAthletics.com.

Head Coach Tracey Dorow: Tracey Dorow (35-92) is in her fifth season at the helm of the Valparaiso women’s basketball program in 2016-17. She collected her 250th career victory on Nov. 14, 2014 with a 91-57 win over Butler. In her first season, Dorow led the Crusaders to 11 victories, including five in Horizon League play. Dorow arrived in Valparaiso after 14 seasons at Ferris State. She compiled a 232-163 record while with the Bulldogs. Ferris State posted the No. 1 grade point average in all of Division II for the 1999-2000 women’s basketball season as well as the No. 2 ranking in 2002-03.

Series Notes: Friday marks the first ever meeting between Valpo and Liberty.