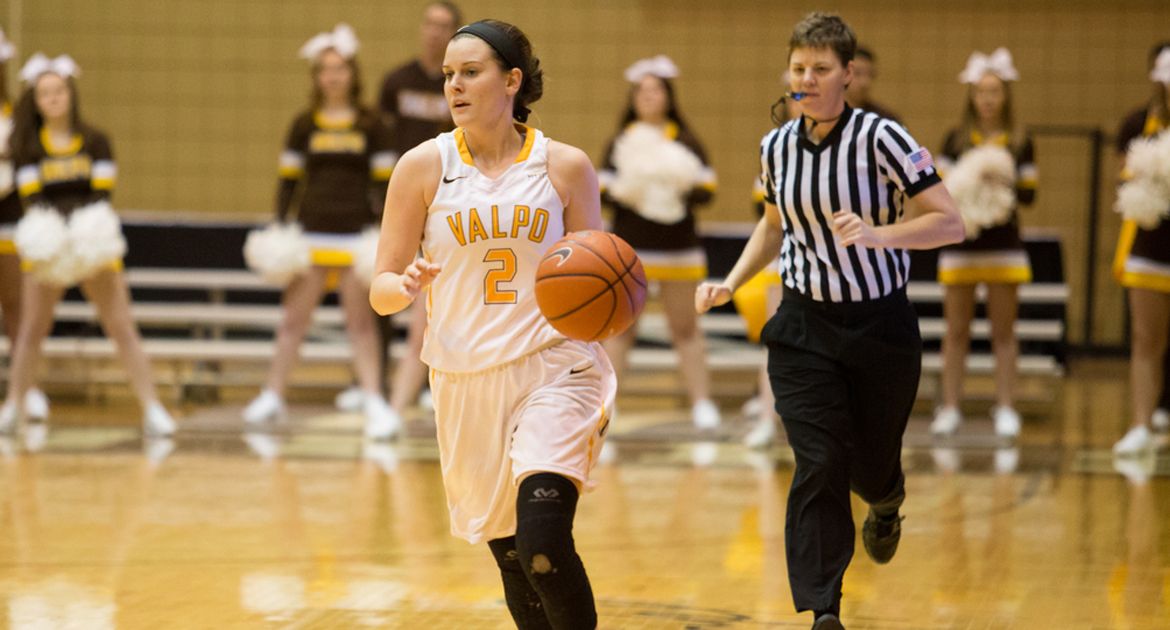 Next Up in Crusader Basketball: The Valparaiso University women’s basketball team rounds out a four-game homestand on Saturday by welcoming Eastern Illinois to the Athletics-Recreation Center. The Crusaders hope to start a stretch of back-to-back games on a high note with a victory over the Panthers.

Last Time Out: The Crusaders are coming off a 70-65 loss to Evansville on Wednesday night. Valpo launched a pair of potential game-tying 3-point attempts in the final eight seconds, but both caromed out. The Crusaders had pulled within a point with 34 seconds left when freshman Grace Hales swished a 3-pointer, then Hannah Schaub grabbed a steal to give Valpo a chance to take the lead. However, Dani Franklin was whistled for an offensive foul, reversing the momentum and possession back in the Purple Aces’ favor. The game featured seven lead changes.

Following the Crusaders: Saturday’s game will be broadcast on ESPN3, WatchESPN and the ESPN app. It can also be heard on 95.1 FM Valparaiso, WVUR. Jordan Morandini will provide play-by-play, with Jake Wulbert adding color commentary and David Horak handling sideline reports.

Head Coach Tracey Dorow: Tracey Dorow (36-93) is in her fifth season at the helm of the Valparaiso women’s basketball program in 2016-17. She collected her 250th career victory on Nov. 14, 2014 with a 91-57 win over Butler. In her first season, Dorow led the Crusaders to 11 victories, including five in Horizon League play. Dorow arrived in Valparaiso after 14 seasons at Ferris State. She compiled a 232-163 record while with the Bulldogs. Ferris State posted the No. 1 grade point average in all of Division II for the 1999-2000 women’s basketball season as well as the No. 2 ranking in 2002-03.

Series Notes: Valpo owns an 8-4 edge in the all-time set between the two teams, which dates back to the 1987-1988 campaign. The most recent meetings between the two squads occurred on Dec. 20, 2011 at the Athletics-Recreation Center. The Crusaders eked out a 53-50 win behind 19 points by Ashley Varner and Ashley Timmerman’s go-ahead 3-pointer with 29.8 seconds remaining. The Crusaders have captured four straight wins over their former Mid-Continent Conference foe. The Panthers haven’t notched a win in the series since March 4, 1995 in the Mid-Con Tournament. Valpo holds a 4-2 record in games played at home against EIU.