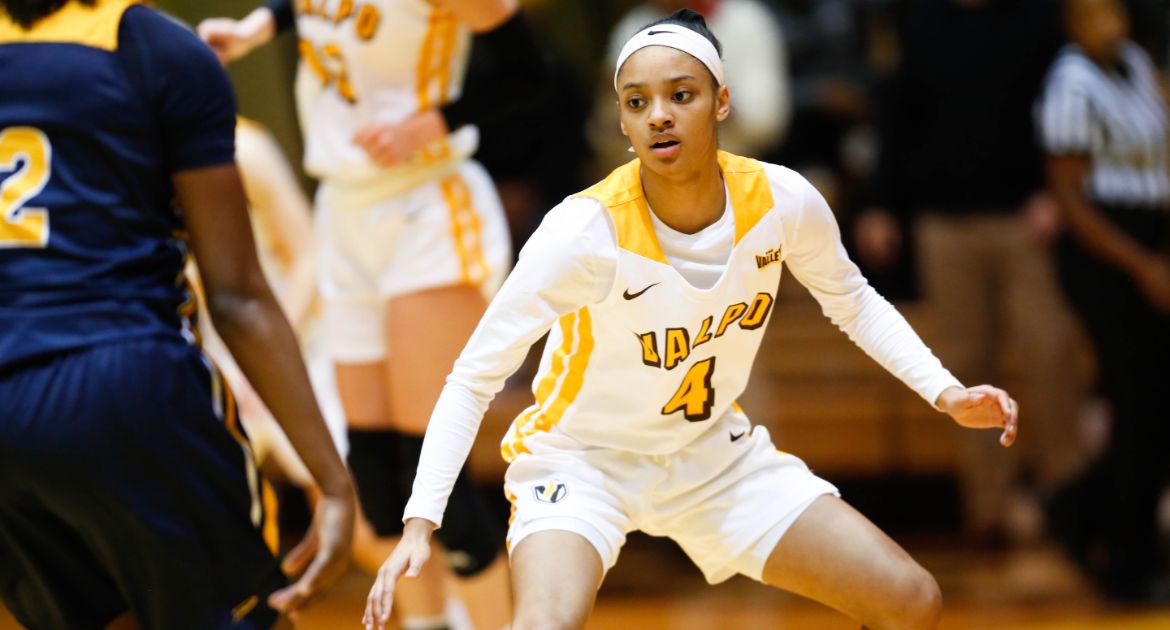 Next Up in Valpo Basketball: The Valparaiso University women’s basketball team will attempt to make it back-to-back victories and register its first home win of the year on Sunday as Eastern Illinois comes to the Athletics-Recreation Center. The game will tip off at 4 p.m. as the back end of a men’s-women’s double header that starts with the Valpo men hosting UC Riverside at 1 p.m.

Last Time Out: Valpo did enough in the late stages on Thursday night to come away with a 76-70 victory over Chicago State in the Windy City. Valpo shot 46.2 percent for the game as senior Meredith Hamlet led the way with 28 points that included a 5-of-7 performance from beyond the 3-point arc. Addison Stoller chipped in a career-high 18 points. Valpo led for most of the night, but had to survive a late scare as Chicago State took a brief lead with 1:09 remaining.

Following Valpo: Sunday’s game will air on ESPN+, which is available on a subscription basis for $4.99 per month. Dave Huseman (play-by-play) and Renee’ Turpa (color commentary) will describe the action. The game will also air on 95.1 FM WVUR with Ben Ariano (play-by-play) and Garrett Willis (color commentary). Live stats will also be available. For in-game updates, follow @ValpoWBB on Twitter.

Series Notes: Valpo extended its edge in the all-time series to 10-4 with last year’s 76-67 win in Charleston. Valpo garnered 11 steals and went 19-of-22 at the free-throw line in that victory. Valpo has won six straight head-to-head meeting with the Panthers going back to 1995, when Eastern Illinois knocked Valpo out of the Mid-Continent Conference Tournament.

Hamlet Heating Up: When Valpo senior Meredith Hamlet hits a hot stretch, she’s tough to slow down. That’s been the case of late as Hamlet poured in a season-high 26 points on Monday against Toledo before quickly upping that season best to 28 on Thursday at Chicago State. She racked up four steals (tying a career high) and had a season-high five assists while draining five 3s against the Cougars. Hamlet currently sits 14th in Valpo history in career scoring at 1,069 with Suzie Hammel (2000-2004) 13th at 1,077.

Handing Out Helpers: Valpo freshman Shay Frederick leads the Missouri Valley Conference with an impressive assist-to-turnover ratio of 2.75. She is 41st nationally in that category and ranks fourth among freshmen nationwide.

Winning the Turnover Battle: Valpo won the turnover battle the first six games of the season before losing the turnover battle for the first time this year on Thursday at Chicago State. That was Valpo’s first such streak since the 2008-09 campaign, when the team had fewer turnovers than its opponent in six straight contests. Valpo ranks second in The Valley in steals at 10.1 per game, behind only Indiana State (10.6).