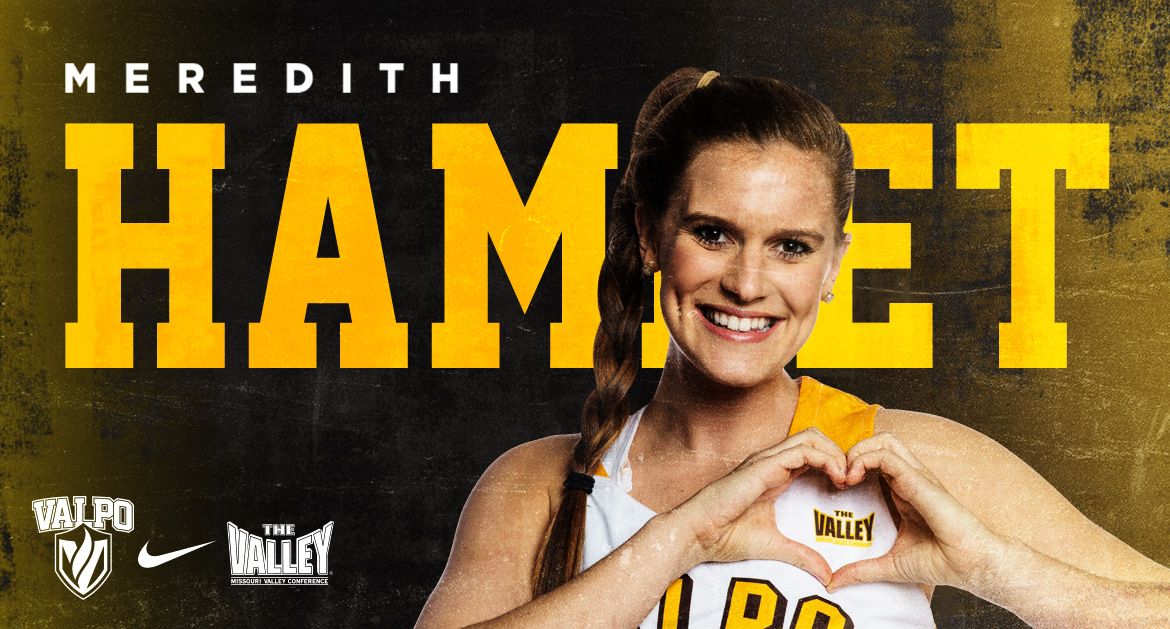 Hamlet started her week with a season-high 26-points on Monday, Nov. 26 against Toledo before upping that season watermark to 28 on Thursday at Chicago State. A week that started with a pregame ceremony honoring Hamlet's 1,000th career point finished with the Valpo senior averaging 22.7 points per game over three contests.

In addition to coming within one point of a career high, she tied a career watermark with four steals and dished out a season-high five assists on Thursday at Chicago State. She also knocked down five 3s in the win over the Cougars before hitting four 3s in a 14-point effort to help Valpo defeat Eastern Illinois on Sunday. Hamlet's performances against Chicago State and Eastern Illinois helped Valpo capture back-to-back victories for the first time this season.

Hamlet, who leads her team in scoring at 16.5 points per game, climbed to 12th in program history this week with 1,083 career points. She becomes the first Valpo basketball player, men’s or women’s, to earn Player of the Week recognition since the University joined the Missouri Valley Conference.

Valpo (3-5) will be back in action on Saturday at 1 p.m. CT as Miami (OH) comes to the Athletics-Recreation Center. The game will be broadcast on ESPN3 and 95.1 FM Valparaiso as Hamlet and her teammates vie for a third straight win.