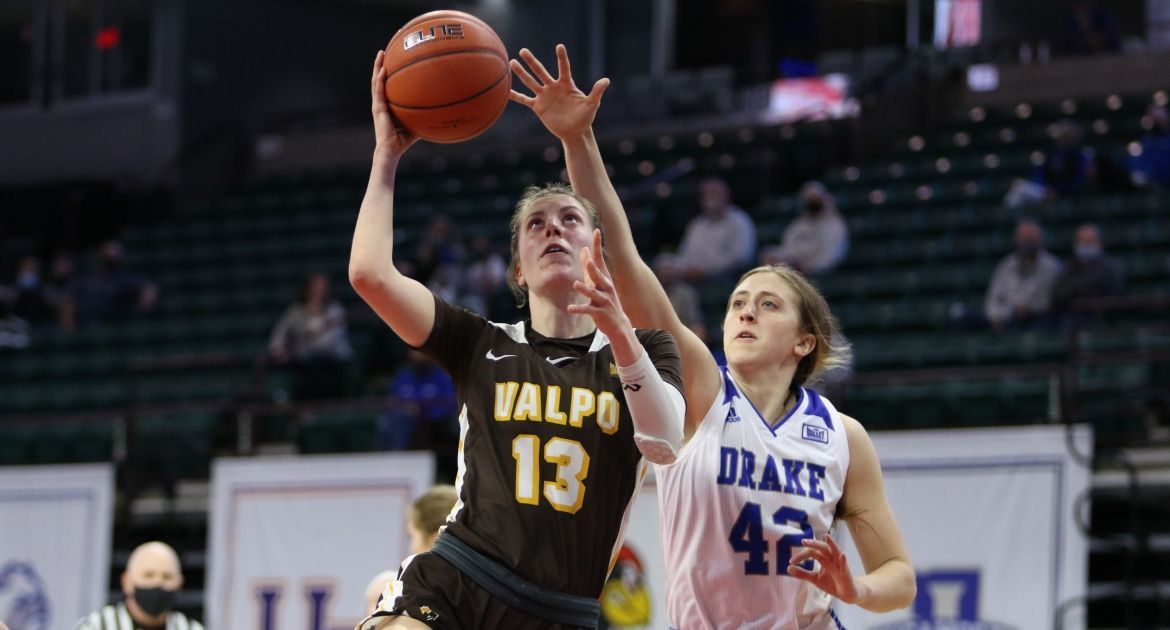 Ella Ellenson drives for two of her 11 points Friday.
Valparaiso at Drake | March 12, 2021

The seventh-seeded Valpo women’s basketball team put together a strong effort in quarterfinal action at Hoops in the Heartland Friday evening against second-seeded Drake and was within one possession at the halfway mark of the fourth quarter, but a decisive run by the Bulldogs proved to be the difference as Drake prevailed by a 71-60 final to advance to the semifinals and end Valpo’s season.

“I think our players fought really hard all night long. It was a pretty tough, physical game, and I thought they hung in there and gave themselves a chance.”

“We did a nice job in the first quarter getting it inside of Drake’s zone. I thought Drake started tonight pretty stretched out, and we were attacking and getting into it. We got some good inside-out shots and got some shots at the rim that we haven't gotten in the past. I was really pleased with that.”

“I’m really proud of how our players stuck together to even get this season to happen. They’ve been very disciplined to even make sure that we could play this year with the way they took care of our bubble. The things they've gone through since last March are pretty remarkable, and I’m really happy they got to play as many games as they did.”