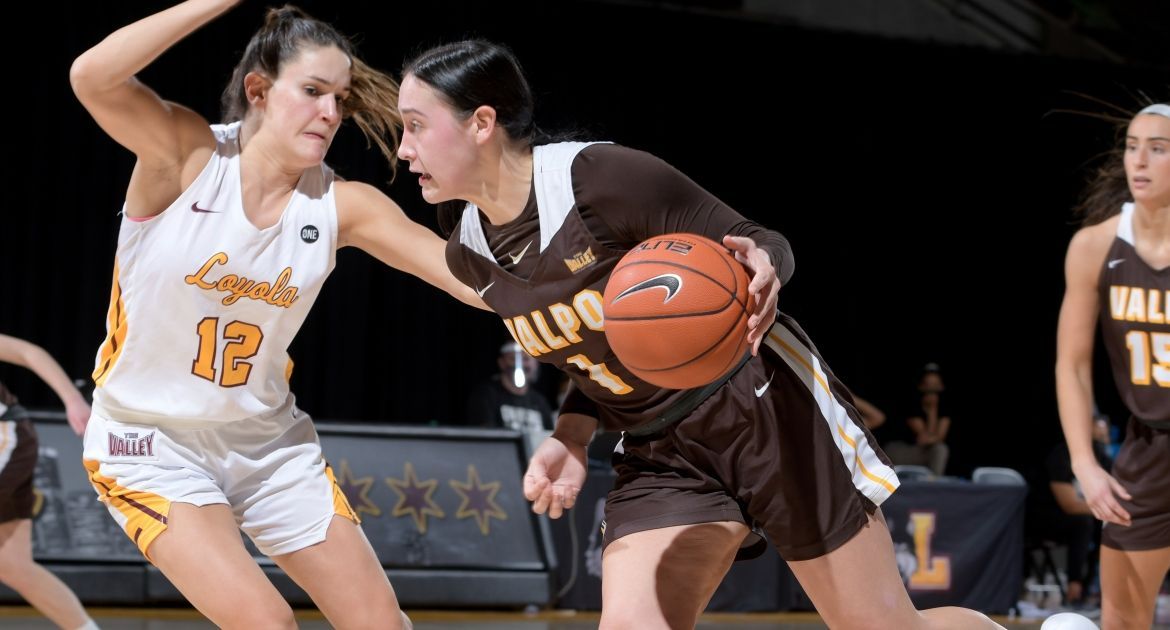 The Valpo women’s basketball team erased nearly all of a 13-point first-half deficit Tuesday night playing at a Michigan State receiving votes in both national top-25 polls, pulling to within four points in the third quarter, and made another run at the Spartans in the fourth quarter, but came up just short, as the Beacons fell to MSU, 73-62.

“I think our players did a great job focusing in on our game plan on such a short turnaround tonight. We collectively did a great job taking care of the basketball against a team that had forced 51 turnovers in their first two games. I also saw improvement in our rebounding and keeping them off the offensive glass.”

“I was really proud of our effort all night long. MSU came out red hot, and we helped with a few defensive breakdowns. I thought our players stayed together and maintained their composure and we able to answer their runs with our own runs. This team has a lot of fight and our mental toughness is growing as a group. I am excited to watch them continue to come together.”

“Grace has a great mixture of skill and athleticism and just really knows how to play the game of basketball. She has been able to make outside shots playing against high-level teams and that has really set up her drives. I love her mentality versus these teams and hope she can bring the same focus to the rest of our games this season.”

Valpo (0-3) continues the current five-game road stretch on Sunday when it goes to the Queen City to face Xavier. Tipoff on Sunday is slated for 3 p.m. CT, and the game can be seen live online on FloSports. WVUR will have the radio broadcast, which will also be available via the TuneIn app.