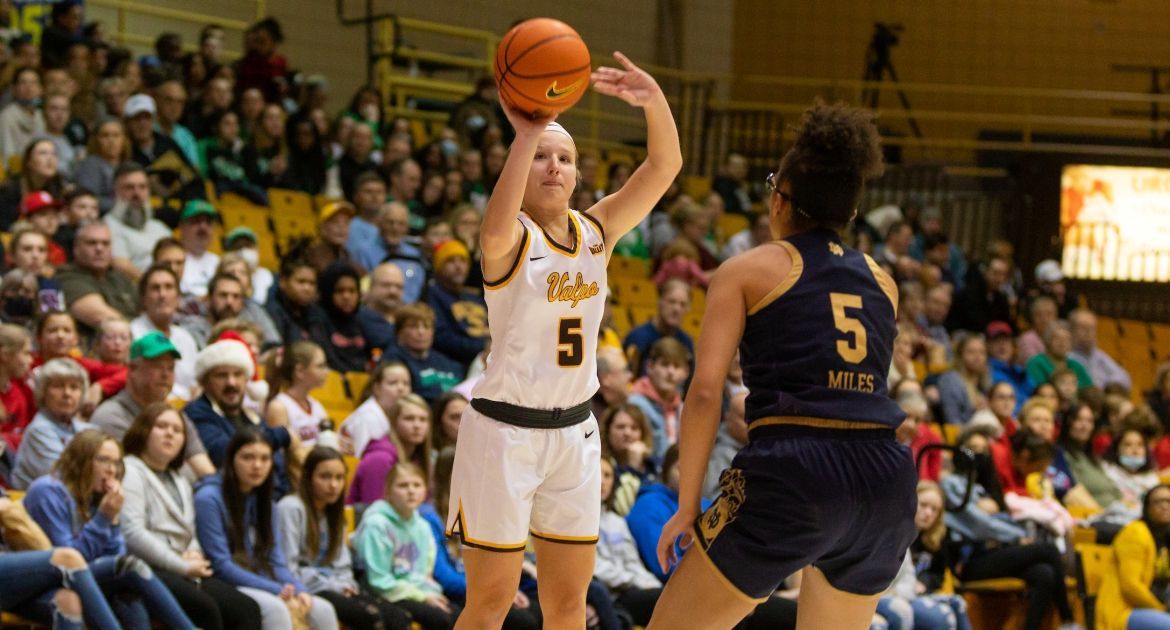 Valpo women’s basketball point guard Shay Frederick (Greenville, Wis./Hortonville) became the 17th player in program history to hit the 1,000-point milestone for her career on Friday evening at South Dakota as the host Coyotes earned a 51-31 victory over the Beacons.

Valpo (0-9) will take a week-plus off for final exams before returning to action for two more games before the start of MVC play. First up will be a game at Morehead State on Sunday, Dec. 19.