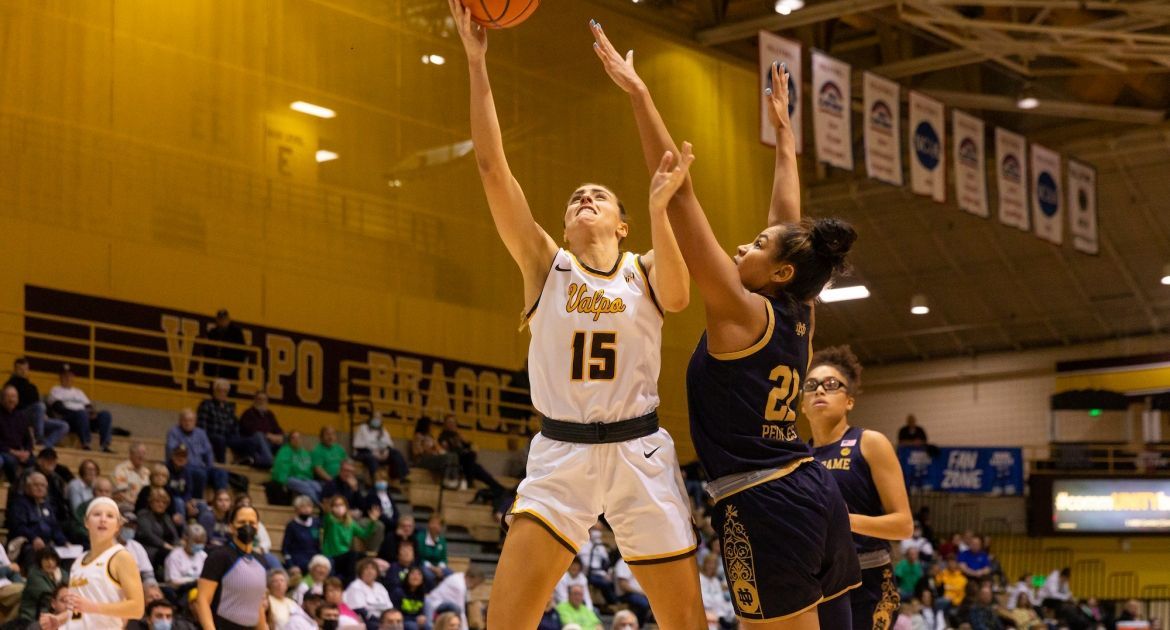 The Valpo women’s basketball team got off to a strong start Sunday in its return to action at Morehead State and closed strong as well, shooting above 70% from the field in both the first and the fourth quarter in a 65-57 victory over the host Eagles. Carie Weinman (Glenview, Ill./Glenbrook South [Denver]) led three Beacons in double figures with 17 points.

Valpo (1-9) closes non-conference action back at home at the ARC with a Tuesday afternoon matinee against Detroit Mercy. Tipoff is slated for noon, and all the action can be seen live on ESPN3.