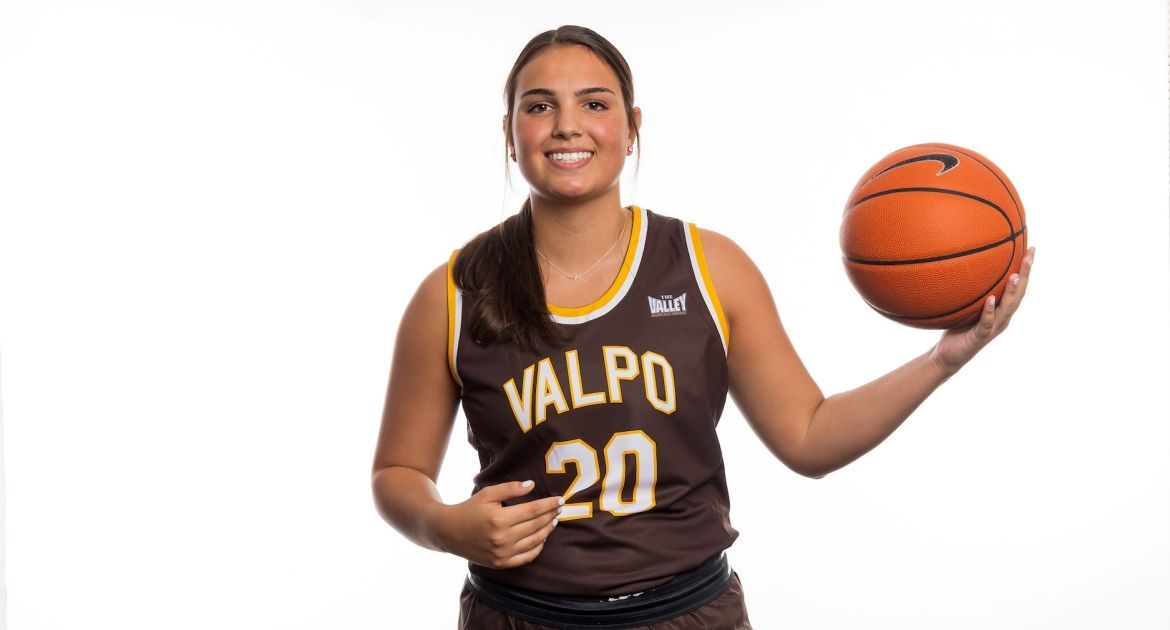 Next Up in Valpo Basketball: The Valpo women’s basketball team returns home to the ARC for the first time in 2022 this weekend for a pair of games, kicking off with a visit from UNI on Friday evening. Please note that masks are required at all home Valpo athletic events until further notice.

Previously: Valpo knocked down 11 3-pointers on Sunday and held a Missouri State team receiving votes in both national top-25 polls to under 30% shooting, while Olivia Brown enjoyed her best game in the Valpo uniform, scoring a game-high 21 points and hitting five 3-pointers. The Lady Bears came out victorious in the end, 74-62.

Head Coach Mary Evans: Mary Evans is in her fourth year at the helm of the program in 2021-22 and owns a record of 39-60. Evans has made an immediate impact on the program in her first three years, raising the team’s level of play to be competitive in a strong Missouri Valley Conference. Evans’ preferred style of play has been a big part of the program’s turnaround, as Valpo has led the MVC in 3-pointers made per game and in steals per game in each of the last two seasons.
- Please note that while Evans did not attend last weekend’s games due to being in the University’s COVID-19 protocol, per NCAA statistics policy, the results go on her record.

Series Notes: UNI holds an 8-4 advantage in the all-time series over Valpo, most of which has been contested since Valpo joined the MVC, and is 4-3 in games played at the ARC. Last season, the two teams split the season series, with both games played in Valpo. Shay Frederick had 20 points, seven rebounds and six assists to lead Valpo to victory in the opener, 63-56, and had 26 to go with 19 from Carie Weinman and 16 from Grace White in the second game as Valpo fell to the Panthers, 79-71.

...at Missouri State
- The Lady Bears led 12-5 at the end of the first quarter, and after Valpo rallied to tie the game in the second quarter, closed the first half on a 12-3 run — including a buzzer-beating 3-pointer — to take a 30-21 lead into halftime.
- Shay Frederick drove for a layup on Valpo’s first possession of the third quarter, but that was immediately followed by a 14-2 MSU run over the next five minutes as the Lady Bears extended their lead to its apex at 19 points.
- Olivia Brown helped curb the Lady Bears’ momentum with three 3-pointers over a stretch of three minutes, and when Caitlin Morrison connected on a triple inside the final minute of the period, Valpo was within 52-39 with 10 minutes remaining.
- Missouri State scored on its first possession of the fourth quarter. Valpo came right back with a bucket from Brown, and in the midst of getting four consecutive defensive stops, converted offensively with an Earnest basket and a Frederick 3-pointer to close to within 54-46 with 6:36 to play.
- The Lady Bears scored on their next trip, however, to push their lead back to double digits. The Beacons cut the deficit to single digits once more on a pair of White free throws with 4:41 remaining, but MSU scored on each of its next three possessions and Valpo would get no closer.
- Brown posted by far her best game in the Valpo uniform to date on Sunday afternoon. The junior went 8-of-10 from the field and was 5-for-6 from behind the arc for a game-high 21 points. It was the fourth 20+ point effort of her career, but her first in the Brown and Gold.
- Frederick added 14 points and went 4-for-6 from 3-point range, setting a season high for made triples.

...at Southern Illinois
- Valpo went on a 13-4 run late in the second quarter to help erase a double-digit SIU lead as the Beacons were within 28-27 at halftime.
- After remaining within one possession for most of the third quarter, Valpo surrendered the final seven points of the period as the Salukis led 48-40 with 10 minutes to play.
- Valpo had one push remaining after SIU got the lead to 12 points, keeping the Salukis scoreless on four straight trips midway through the period and converting on the offensive end to cut the deficit in half. Olivia Brown, Leah Earnest and Shay Frederick all had baskets as the Beacons moved within six points at 56-50 with 3:05 to play.
- SIU scored on its next possession, but Valpo countered with another basket from Earnest, and when the Salukis missed with two minutes to play, the Beacons had an opportunity to move within four or even three points. But Valpo missed on a pair of attempts on the ensuing trip and would not get closer than six points the rest of the way.
- Valpo was without the services of head coach Mary Evans, as she is not with the team due to being in the University’s COVID-19 protocol. The Beacons also played without leading scorer Carie Weinman due to injury.
- Earnest matched her career high, set earlier this season against Central Michigan, with 17 points to tie for team-high honors on Friday. Earnest, who shot 7-of-13 from the field and hit a pair of 3-pointers, also paced Valpo on the glass with six rebounds — the third time this season she has led Valpo on the boards.
- Frederick matched Earnest with 17 points on Friday, coming up just two points shy of her season high.

...looking ahead
- Valpo closes out the first weekend of home conference action on Sunday afternoon as it hosts Drake.
- The central Illinois road trip awaits next weekend, with games at Illinois State (Thursday, Jan. 13) and at Bradley (Saturday, Jan. 15).

...at the ARC
- Friday is the first MVC home game of the season and the fifth of 13 home games in total this year for the Beacons.
- Valpo posted a 5-6 record at the ARC last season and is currently 1-3 at home this year.

On the Verge
- Sixth-year forward Caitlin Morrison is set to potentially break a pair of program records on Friday against UNI.
- When she steps on the court, Morrison will be appearing in the 126th game of her Valpo career, breaking a tie with Kathryn Knoester for the most games played in program history.
- Should she be part of the starting five for the 68th consecutive time, Morrison will make the 122nd start of her Valpo career, breaking a tie with Meredith Hamlet for the most starts by a player in program history.

From Way Downtown
- Last time out at Missouri State, Valpo went 11-for-22 from downtown - its fourth game of the season with double-digit 3-pointers and its first time hitting 50% or better from deep since a 15-for-20 effort at SIU last season.
- Valpo made a season-high 14 3-pointers in the win over Detroit Mercy to close non-conference play.
- The 14 made 3-pointers are tied for eighth-most in a single game in program history.
- Valpo has more games with 14+ 3-pointers in the four-season tenure of head coach Mary Evans (10) than it did in the entire program history prior to her arrival (nine).

Liv Breaks Out
- Junior Olivia Brown enjoyed a breakout game last time out at Missouri State for the Beacons.
- After entering the game with just five made 3-pointers in her first 12 games at Valpo and with a season high of seven points, Brown went 8-of-10 from the field and 5-of-6 from 3-point range for a game-high 21 points.
- It was the fourth 20+ point effort of Brown’s collegiate career, as she previously had three such games for St. Bonaventure.
- Brown’s five made triples were the most by a Valpo player since Shay Frederick hit six 3-pointers last season at Southern Illinois.

Limiting the Lady Bears
- Valpo’s defense limited Missouri State to 29.7% shooting (19-of-64) from the field and just 2-for-22 from 3-point range on Sunday.
- It was the Lady Bears’ second-worst shooting performance of the season and their lowest number of 3-pointers made.
- It was the first time Valpo held an opponent below 30% shooting since limiting Illinois State to 28.8% from the floor last Jan. 15.
- It also was the worst 3-point shooting performance by a Valpo foe since the Lady Bears matched the 9.1% clip from deep last Jan. 30.

Shakeup in the Starters
- For the first time since early in the first season of Mary Evans’ tenure at Valpo, the team had a pair of changes in the starting lineup from one game to the next as it took the floor at Southern Illinois.
- Carie Weinman saw a streak of 65 consecutive games started and played since arriving at Valpo come to an end due to injury.
- Meanwhile, Grace White came off the bench for the first time since the 2019-20 finale.
- In their place last weekend, Leah Earnest made just the third and fourth starts of her Valpo career, while Olivia Brown made her first two starts in the Valpo uniform.
- The changes leave just two notable consecutive games started streaks: Shay Frederick has started 79 in a row since the middle of her freshman campaign, while Caitlin Morrison has started 67 in a row.