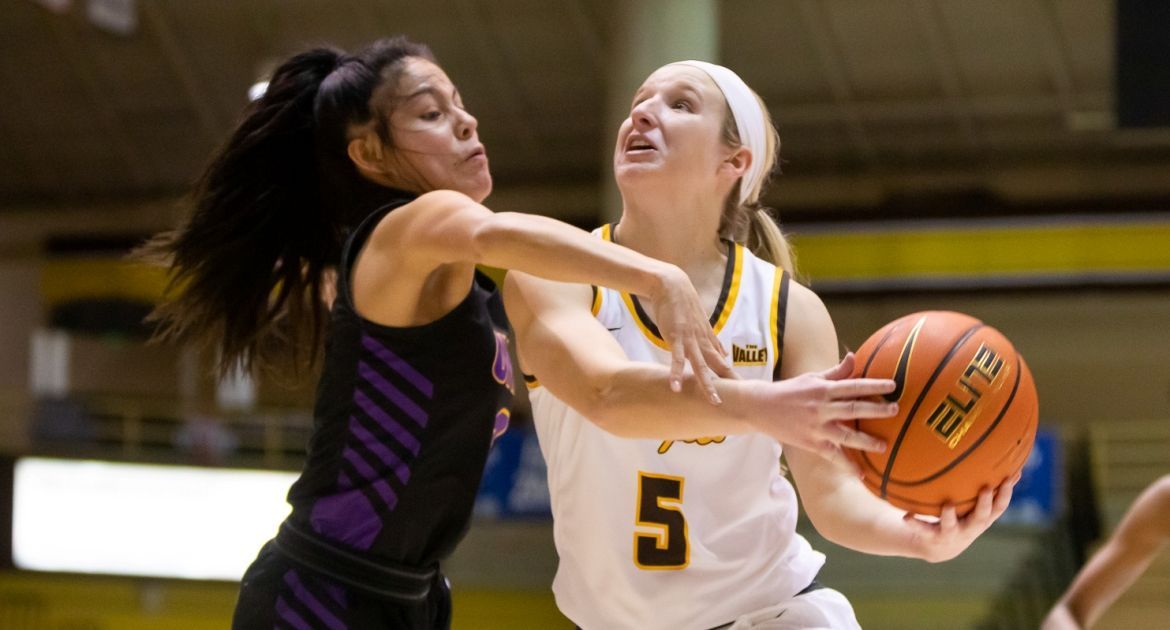 The Valpo women’s basketball team picked up its first Missouri Valley Conference victory of the 2021-22 season in thrilling fashion Friday evening at the ARC over visiting UNI, overcoming a 13-point deficit in the fourth quarter thanks to stout defense and rebounding and getting the game-winning 3-point play from Shay Frederick (Greenville, Wis./Hortonville) with 51 seconds to play to edge the Panthers, 60-58. Caitlin Morrison (Glenview, Ill./Glenbrook South) broke Valpo career records for both games played and games started when she stepped into the center circle for the tip-off on Friday.

Valpo (3-11, 1-2 MVC) looks for a weekend sweep of the Iowa schools on Sunday afternoon when it welcomes Drake to the ARC. Tipoff is slated for 1 p.m., and the game can be seen live on ESPN+.