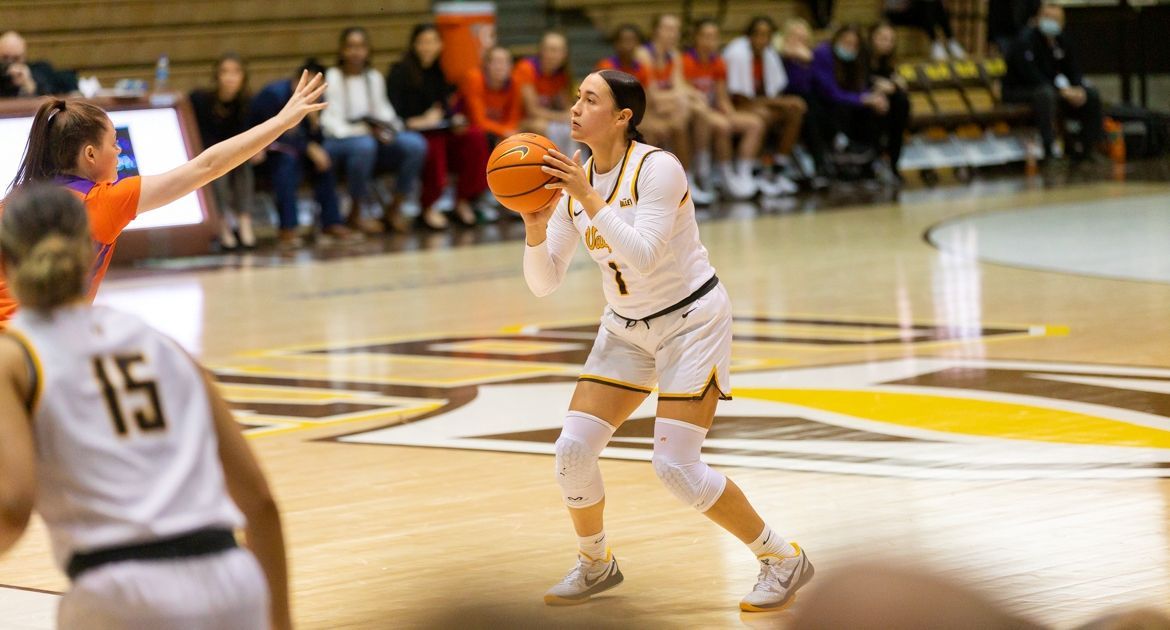 Grace White tallied 18 points in Sunday's win, 13 of which came in a 3-minute stretch of the 3rd quarter.
Evansville at Valparaiso | January 23, 2022

Facing a deficit which reached as many as 14 points early on Sunday afternoon at the ARC, the Valpo women’s basketball team turned things completely around before halftime, out-scoring visiting Evansville 22-4 in the second quarter to lead by nine at halftime on its way to a 74-62 victory over the Purple Aces.

Valpo (6-13, 4-4 MVC) closes out the first half of conference play Friday night with a trip to Loyola. Tipoff against the Ramblers from Gentile Arena is slated for 6 p.m.