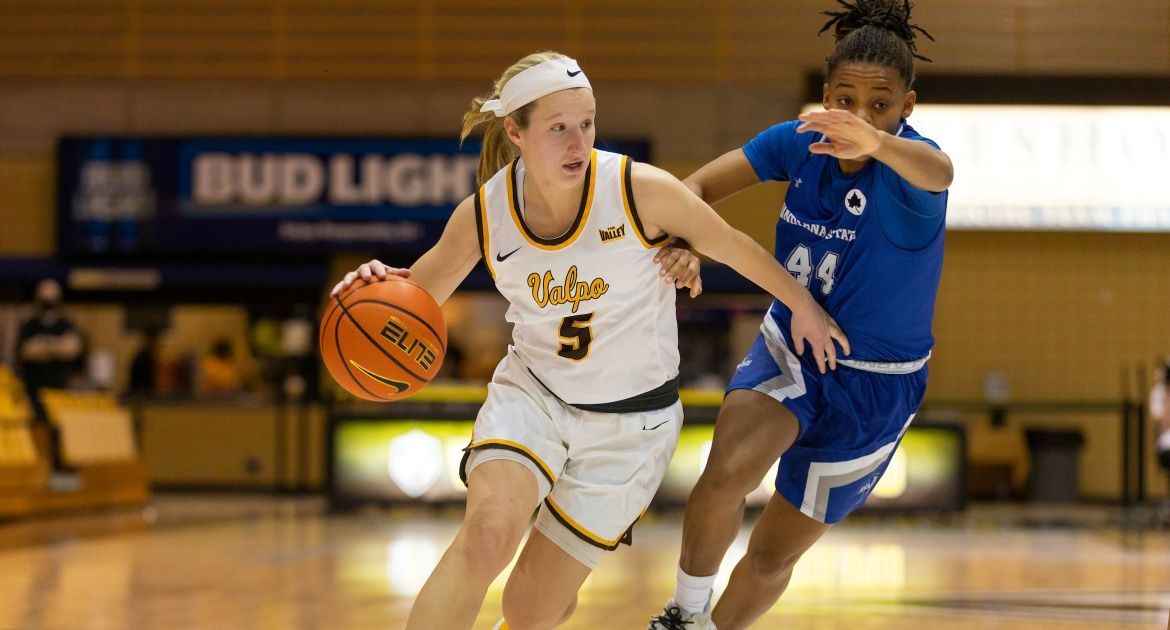 It might have been the grittiest performance of the year from the Valpo women’s basketball team, and it came in the biggest game of the year to date, as the Beacons rallied after trailing by as many as 13 and survived a battle which featured 11 ties and five lead changes to take down Indiana State Sunday afternoon in Terre Haute, 74-69. The win not only avenged a 20-point loss last month at the ARC to the Sycamores, it moved Valpo three wins clear of Indiana State in the MVC standings.

Along the way, Grace White (Redby, Minn./Red Lake [Denver]) hit 1,000 points for her collegiate career. Shay Frederick (Greenville, Wis./Hortonville) not only moved into Valpo’s career top-10 for scoring, but she also set a program single-game record for free throw shooting. Meanwhile, Maya Dunson (Dayton, Ohio/Wayne [Loyola]) had the best game of her collegiate career, capped by a critical 3-pointer with two minutes to play.