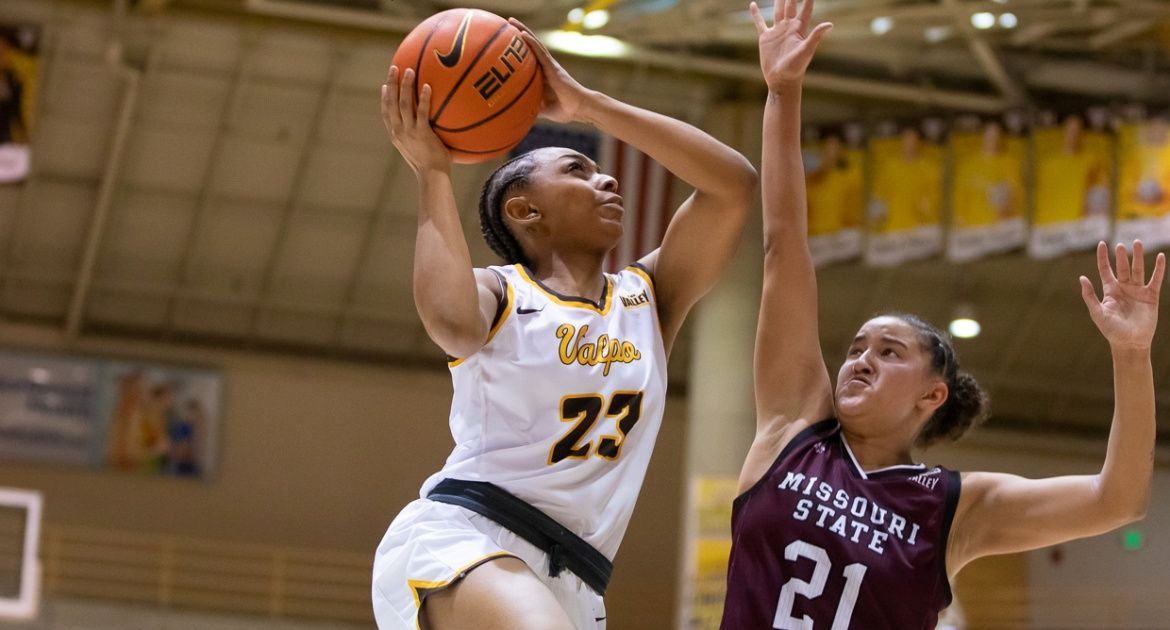 Lauren Gunn drives for one of her baskets Thursday.
Missouri St. at Valparaiso | March 03, 2022

The Valpo women’s basketball team battled toe-to-toe in a defensive struggle with a Missouri State team projected to be an at-large team in the NCAA Tournament for the first 20 minutes on Thursday evening at the ARC, but the Lady Bears pulled away with a big third quarter as the Beacons fell by a 66-46 final.

Valpo (10-18, 8-9 MVC) closes out the regular season on Saturday afternoon as the Beacons host conference leader Southern Illinois. It will be Senior Day at the ARC, with White, Caitlin Morrison and Carie Weinman being honored prior to the 1 p.m. tipoff.