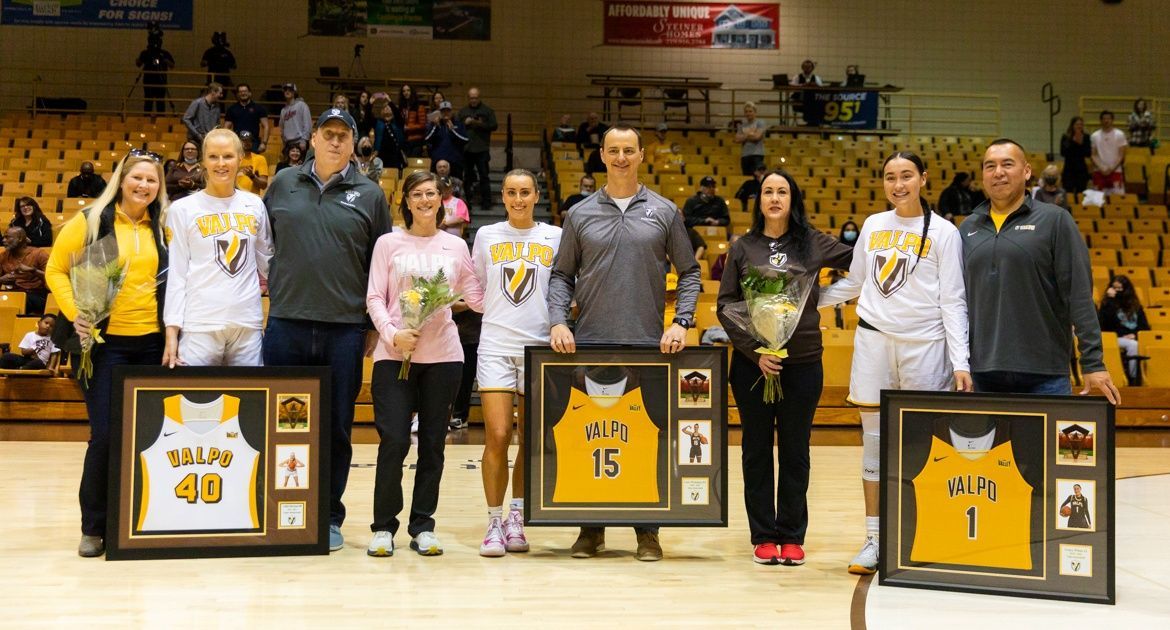 Caitlin Morrison, Carie Weinman and Grace White were honored prior to the game.
Southern Ill. at Valparaiso | March 05, 2022

It would be hard to script Senior Day any better than it went for the Valpo women’s basketball team on Saturday afternoon.

The program recognized Caitlin Morrison (Glenview, Ill./Glenbrook South), Carie Weinman (Glenview, Ill./Glenbrook South [Denver]) and Grace White (Redby, Minn./Red Lake [Denver]) prior to Saturday’s game against MVC regular season champion Southern Illinois, and then when the ball was tossed in the air, the trio combined for 39 points in their final game at the ARC, leading the way as the Beacons handled the Salukis, 67-54, to secure a spot in the quarterfinals at Hoops in the Heartland.

Valpo (11-18, 9-9 MVC) finished the regular season in a tie for sixth place with Drake. The win over the Salukis secured the sixth seed for the Beacons, as they earned the tie-breaker over the Bulldogs by virtue of their season sweep of the series.

As the sixth seed, Valpo will have to wait until 8:30 p.m. on Friday evening to begin Hoops in the Heartland, as it will face third-seeded UNI in the last of four quarterfinals. The game can be seen live on ESPN+.