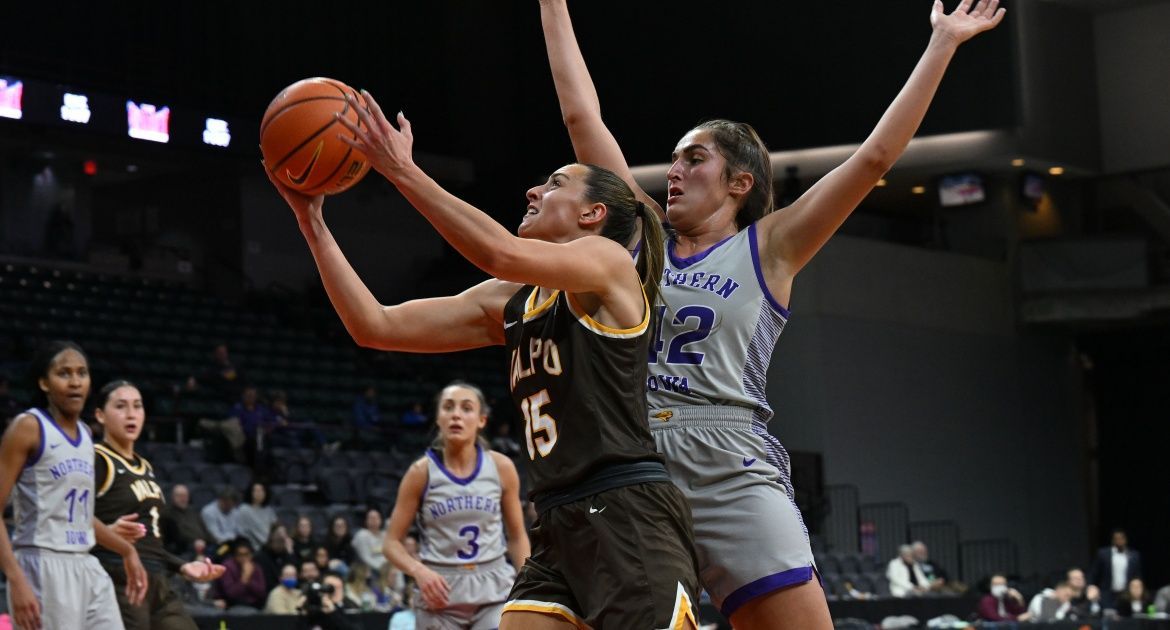 The 2021-22 season came to a close for the Valpo women’s basketball team on Friday night in Moline, Ill., as the sixth-seeded Beacons dropped their quarterfinal matchup at Hoops in the Heartland to third-seeded UNI, 63-39.