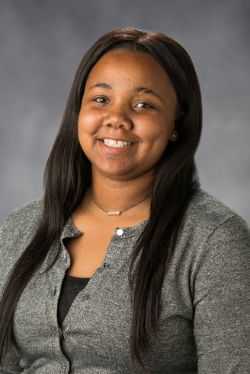 Moss worked with Evans this past season as a graduate assistant at Ohio University. Before joining Bob Boldon’s staff, she served as a junior varsity head coach and first assistant to coach William McKinney at Africentric Early College.

During her playing days, Moss was a standout at Xavier, where she led the Musketeers to three A-10 regular season championships, two undefeated conference regular seasons and an Elite Eight appearance in the NCAA Tournament in 2009. She led her team in scoring as a senior while surpassing 1,000 career points.

Moss played professionally in Portugal, pacing her team in most statistical categories with 19 points per game and eight rebounds per game. She played with the Ohio Dynasty in the WBCBL before continuing her career in Morocco.