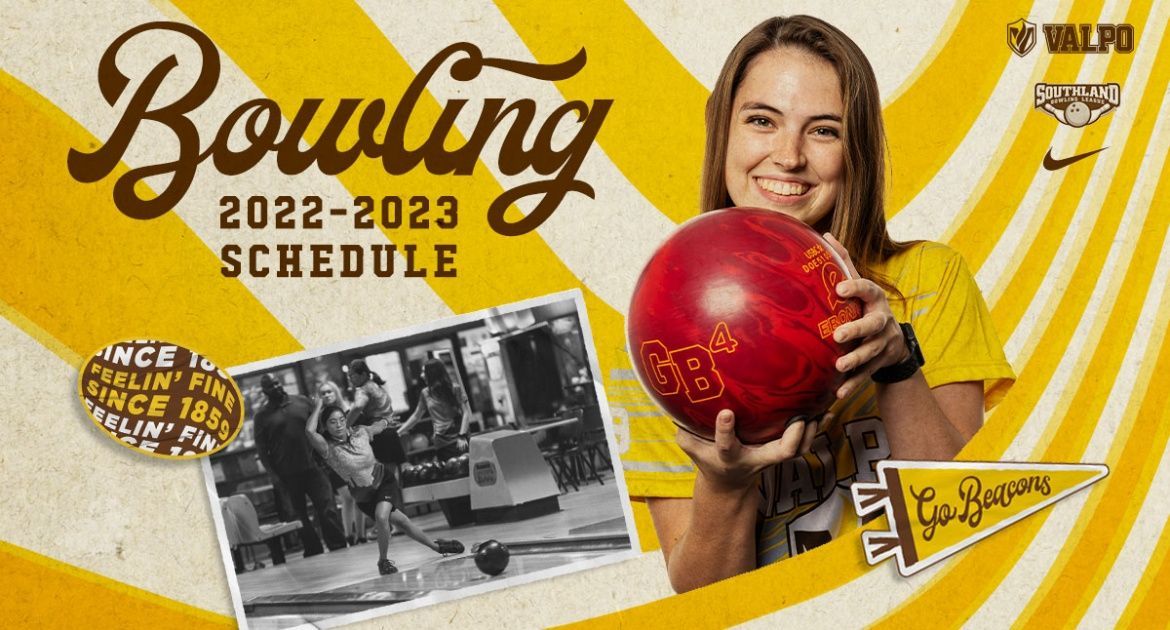 The Valpo bowling team has eight tournaments on its regular season schedule for the 2022-23 season, highlighted by the hosting of the Valpo Bowling Classic at Stardust Bowl III in Dyer in late October.

Valpo opens the campaign Oct. 14-16 at the MOTIV Penguin Classic, hosted by Youngstown State in Struthers, Ohio. The Beacons then host the Valpo Bowling Classic Oct. 28-30, Valpo’s 13th early-season home tournament in the program’s 14 seasons. Valpo will be hosting its tournament at Stardust Bowl III for the second straight season.

The fall semester of competition comes to an end at the SFA Ladyjacks Classic Nov. 11-13, which will be contested in Kenosha, Wis.

Competition in the spring semester starts up Jan. 20-22 at the Peacocks Classic in Waterloo, Iowa, hosted by Upper Iowa. Next up is a trip to Altoona, Pa. for St. Francis’ Red Flash Invitational the following weekend, followed two weekends later by a short journey to Lockport, Ill. for the Flyer Classic, hosted by Lewis.

A pair of traditional stops on the schedule close out regular season action for the Beacons. Valpo will compete in the Big Red Invitational in Lincoln, Neb. March 3-5, taking part in Nebraska’s home tournament for the 13th time. The regular season ends with Valpo’s 12th appearance at the Columbia 300 Music City Classic, hosted by Vanderbilt in Smyrna, Tenn. March 17-19.

The Southland Bowling League Championship will be contested March 24-26 in Dallas, Texas, with the league’s champion earning an automatic bid to the 2023 NCAA Championship.