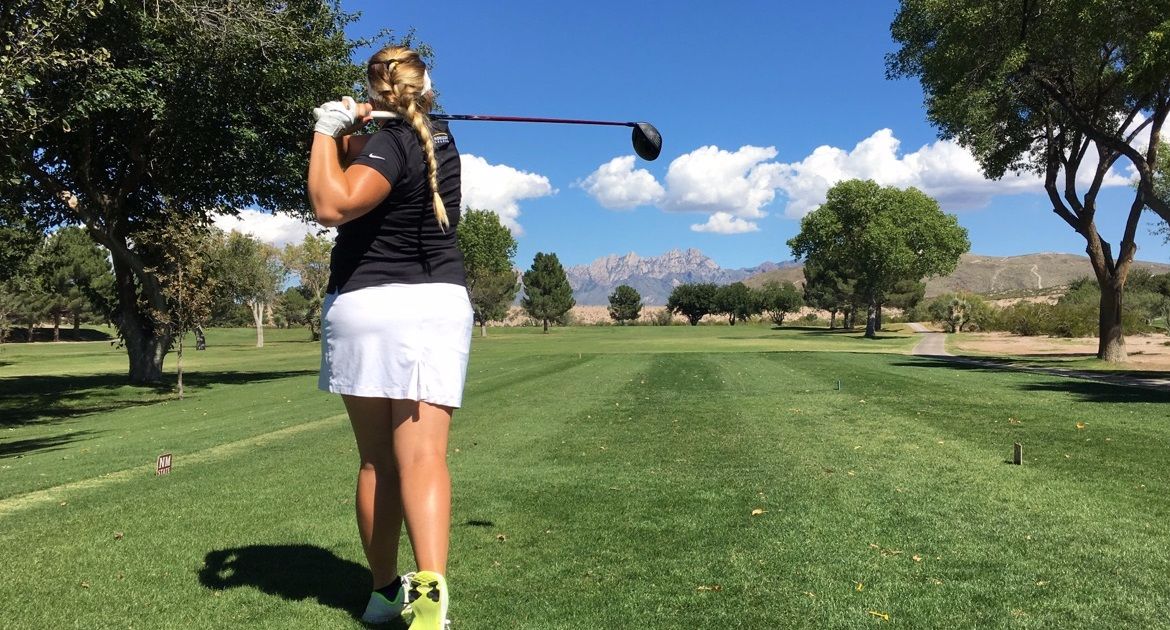 Sophomore Kylie Shoemake turned in the best round of the day by any Crusader on Wednesday, stroking a 79.

The Valparaiso University women’s golf team participated in the third round of the Aggie Invitational on Tuesday in Las Cruces, N.M. Sophomore Kylie Shoemake (Schererville, Ind. / Lake Central) turned in the best round of the day by any Crusader, stroking a 79.

The Crusaders will have over two weeks away from competition, then they will return to the course for the Braun Intercollegiate beginning on Monday, Oct. 24 at Oak Meadow Country Club in Evansville, Ind. The Braun Intercollegiate is the final tournament of the fall slate. A link to live stats will be available on ValpoAthletics.com.