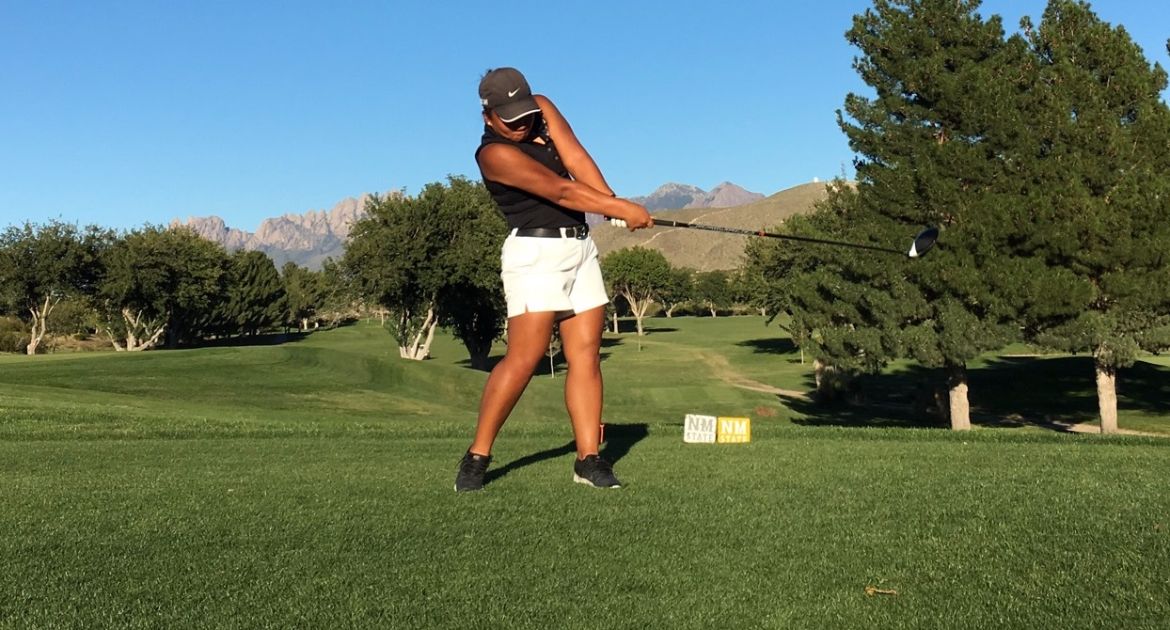 Senior Angie Kim stroked a 76 to lead the Crusaders on Tuesday.

The Valparaiso University women’s golf team rounded out its fall schedule with the second and final round of the Braun Intercollegiate at Oak Meadow Country Club in Evansville, Ind. on Tuesday. The Crusaders turned in a two-round team score of 636 to place fifth in the 10-team event.

"We knew we had a good opportunity today but didn't take advantage of it. We got off to a poor start and didn't rally back - it's really difficult to apply any pressure on the leading teams if you don't get off on the right foot.

We were able to finish the round decently over the last few holes. Angie played her last four holes in one-under, Kylie made four solid pars in her last five and Katie had a solid back-nine.

The second round performances from Tiffany and Kayla were great to see. Both players were able to work out some of the kinks from round one and had our second and third lowest rounds for the day. Getting another tournament under their belt is valuable experience as they prepare for the spring season.

The ladies know they have the potential to compete in these events, so I think this will help push them forward."

Tuesday marked the final day of the fall season. The Crusaders will return to the course on Friday, Feb. 10 at the Ball State Sunshine Invitational in Port St. Lucie, Fla.