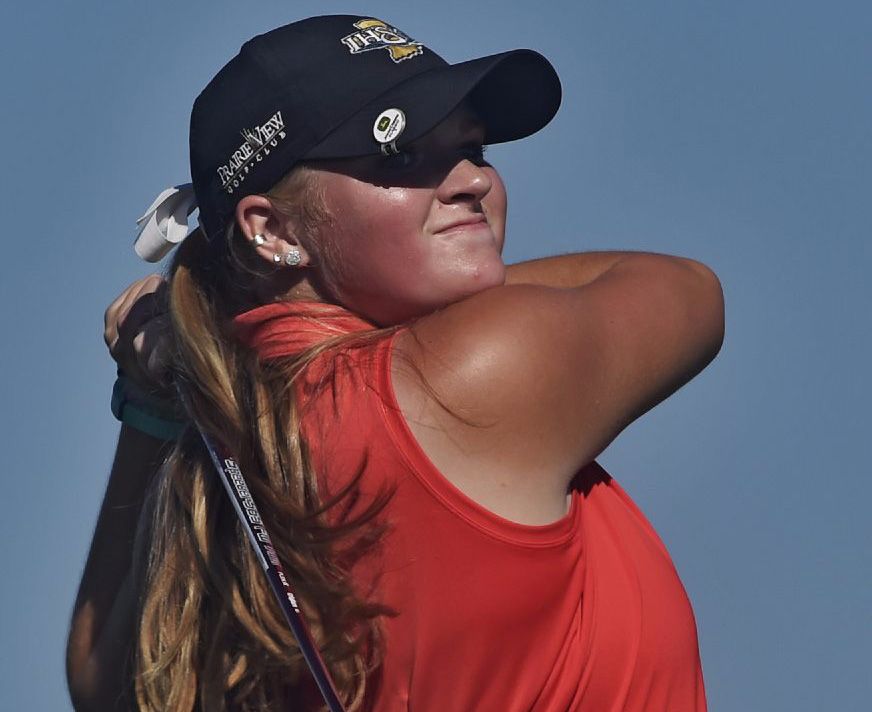 The Valparaiso University women’s golf program has announced the addition of Shelby Schier (Greenwood, Ind. / Center Grove) for the 2017-18 season. Schier, a current high school senior, has signed a National Letter of Intent to play for the Crusaders.

“I chose Valpo because I know it is a great school education-wise,” she said. “I know a couple of girls on the team. When I came up to visit, I liked the size and the whole athletic department.”

Schier reached the Indiana High School Athletic Association state finals as a junior in 2015 and placed 45th. During her senior season, she helped guide her team to a sectional title by shooting a 75 to tie for first in the Center Grove Sectional. As a team, Center Grove edged Perry Meridian 312-319 to take the sectional title. Schier finished second after being edged out in a one-hole playoff for top medalist honors.

Schier’s consistency was on display over the course of the season, as she also stroked 75s in two other big events – the Johnson County championship and the State Preview Tournament. She thrived in tournament settings, while also posting a county-best nine-hole average of 40.

After leading her team to sectional and Johnson County championships this year, Schier was named the Johnson County Girls Golf Player of the Year by the Daily Journal newspaper. She was also selected as team Most Valuable Player, notched all- Metropolitan Interscholastic Conference accolades and was a team captain.

“One of my strengths is that I’m pretty consistent with my scores,” she said. “I usually do well in two-day and three-day tournaments because of that consistency. I’m also good at ball striking. I’m working on improving my putting and my short game.”

Schier, who plans to major in accounting, is enthusiastic about the direction of the Valparaiso program under the guidance of newly-hired head coach Jon Haas.

“I’m looking forward to being with new people and a new team,” Schier said. “I’m excited about getting a lot more experience with golf and trying to improve on my game as much as I can.”