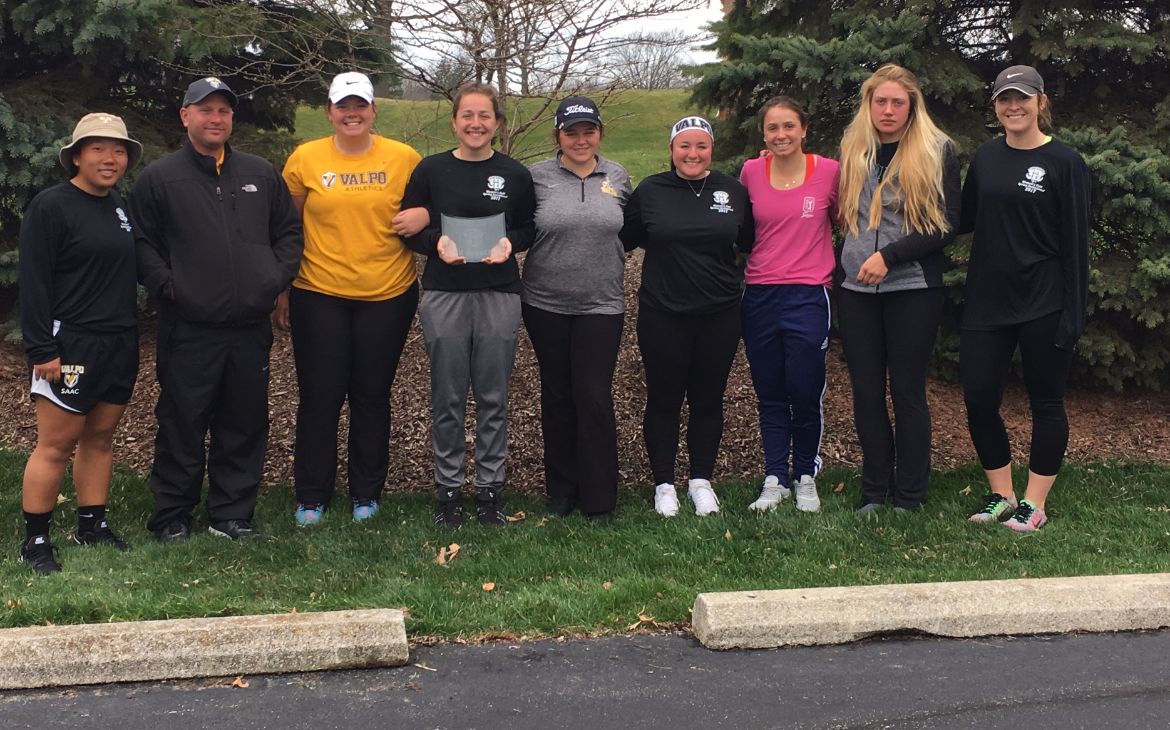 The Crusaders shattered the 54-hole team scoring record this week at the Fort Wayne Spring Classic.

The Valparaiso University women’s golf team fended off host Fort Wayne by two strokes to finish in second place in the Fort Wayne Spring Classic at Pine Valley Country Club on Monday. In the process, the Crusaders posted the best 54-hole team score in program history. Katie Willenbrink (Mishawaka, Ind. / Penn), golfing as an individual, rounded out a strong event with a 77 in Round 3.

The Crusaders will be back at it on Sunday, April 9 for the Crusader/Jaguar Challenge, hosted at the Trophy Club in Lebanon, Ind.