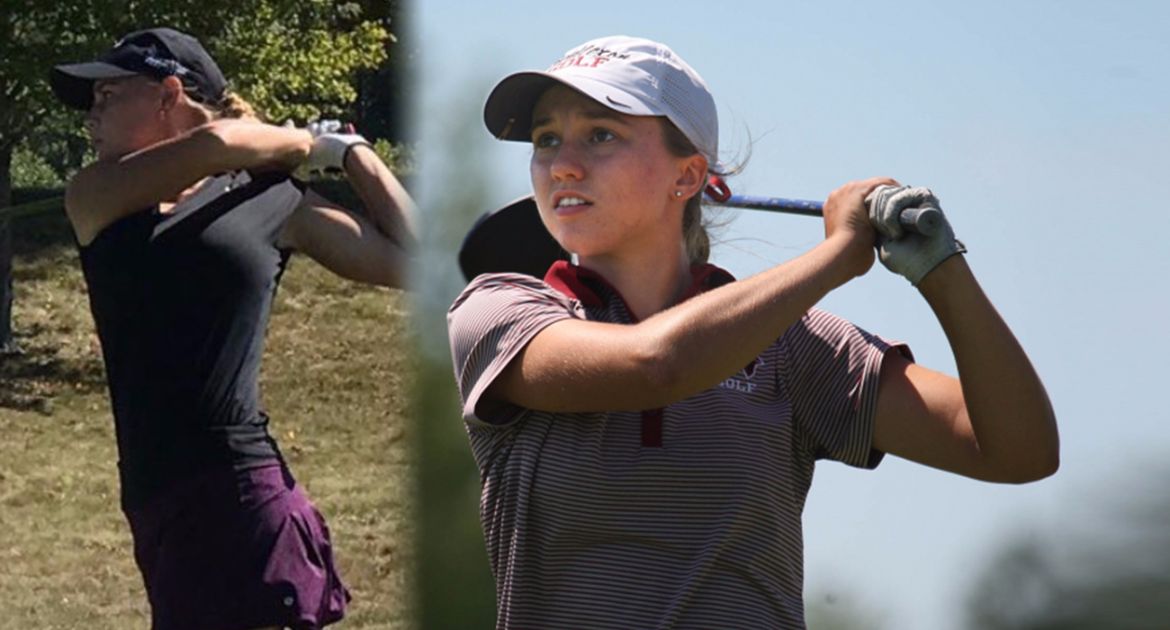 Hodson finished in a fifth-place tie in Wisconsin’s Division 1 state tournament as a senior at Middleton High School, shooting 79-77-156, helping her team finish eighth. She garnered a place on the all-state first-team after taking third in the Big East individual race (81) and leading the Cardinals to the conference title.

“Signing my NLI brought a feeling of excitement in knowing that my decision is now solidified and I’ll be attending Valpo next fall,” Hodson said. “I love everything about the University – it’s a perfect fit in the Midwest with a strong academic program. I wanted a school that size. I love Coach Haas and the golf program is a perfect fit as well.”

Hodson, who won an individual regional title this year, helped her team to a state championship as a sophomore. Individually, the Middleton senior has displayed significant progress throughout her prep career. She came into high school shooting 105 in 18-hole rounds, and has improved by about 10 strokes per year. Her current 18-hole average of 77 has helped her earn a spot with the Crusaders.

“I’m beyond excited about coming to Valpo,” she said. “I’ve always dreamed of playing at the collegiate level. I could not be happier that I ended up with Valpo. It’s a perfect fit for me. Coach Haas has been wonderful throughout the journey.”

Hodson has also thrived academically during her high school tenure. She owns an unweighted grade point average of 4.0 and has an interest in pursuing psychology at Valpo.

Kier, a senior at Brownsburg in Indiana, tied for 39th in the state finals and shot an even par 71 at sectionals. She also has an unweighted GPA of 4.0, earning IHSCGA academic all-state recognition.

“I met Shelby Shier, who is a current freshman, at a golf tournament before she came to Valpo,” Kier said. “We hit it off and really became friends. Already knowing her makes me feel extremely comfortable. Coach Haas is similar to my high school coach, and I love my high school coach dearly. The similarities between the two make me feel right at home.”

Kier has hit two hole-in-ones, accomplishing a feat that is rare enough to do once, let alone twice.

“The overall biggest accomplishment that golf has given me is how it has strengthened me mentally,” Kier said. “I can take that strength golf has taught me and incorporate it into my life to become a more confident person.”

This marks the first fall recruiting class for head coach Jon Haas, who took over the program last winter.

“I’m really excited about adding both Payton and Morgan,” Haas said. “I’ve enjoyed getting to know them through the recruiting process. They are proven winners on the course and in the classroom. They are mature beyond their years and will be great additions to the Crusader athletic family. It’s also extremely helpful that both young ladies have extensive playing experience in the Midwest. This should serve them both well competing in the Missouri Valley Conference.”