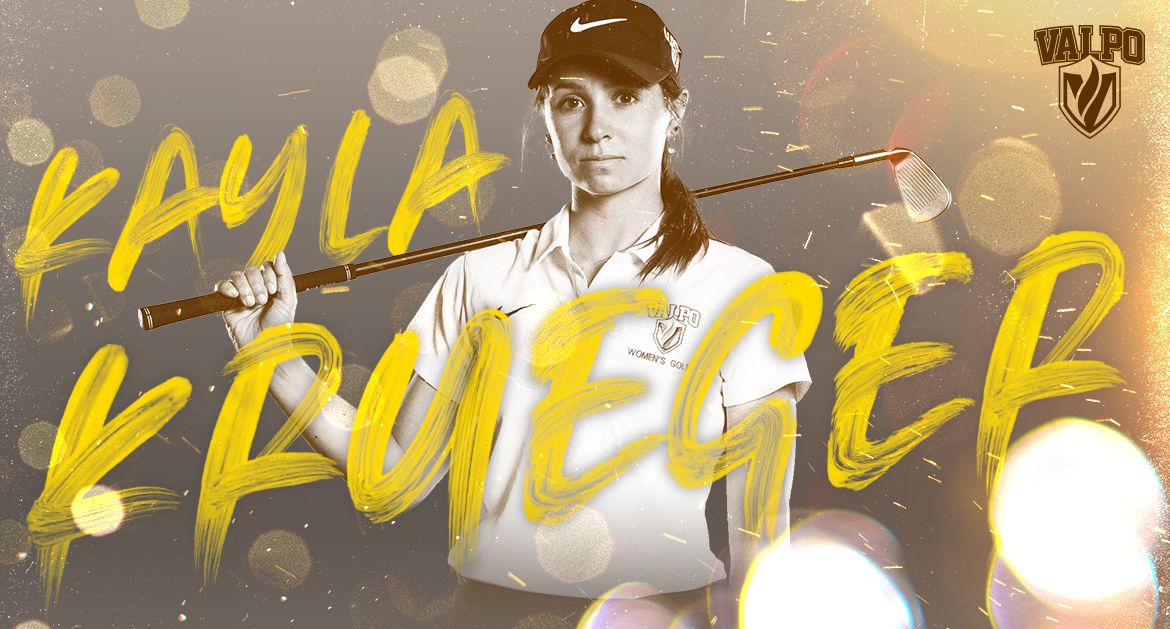 Krueger turned in a Top 10 finish to help Valpo place in the top five as a team at the F&M Bank Austin Peay State University Intercollegiate hosted at Clarksville Country Club in Clarksville, Tenn. She totaled 230 (+14, 77-75-78) over the three rounds to tie for 10th, her second Top 10 finish of the season.

The Valpo senior helped her team finish in the top six in an event for the second time this season after placing no better than seventh in any 2018-19 tournament. Krueger’s 230 cracked the individual program leader board for 54-hole score as it is tied for the seventh-best in program history. The 54-hole score in relation to par of +14 allowed her to crack the all-time Top 10 for the second time this season. She already set the program record with a +9 at the Loyola Fall Invitational, and her score in relation to par from this week's event ranked fifth in program history.

Wednesday’s honor was the latest example of the progress the program has made under second-year head coach Jill McCoy. Krueger became the first Valpo women’s golfer to earn a conference golfer of the week award since Sydney Shrum was named the Horizon League Golfer of Week on Oct. 9, 2013.