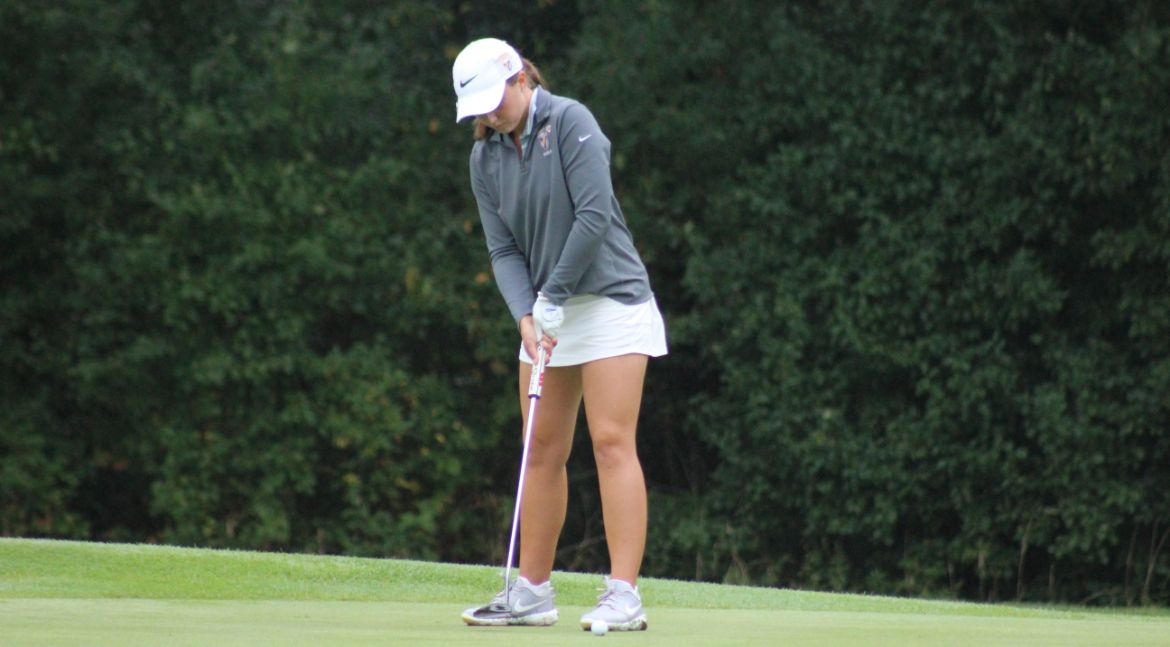 The Valparaiso University women’s golf team began the penultimate event of the fall season on Monday, golfing 18 holes to open up the Dayton Fall Invitational at NCR Country Club in Kettering, Ohio. The team finds itself involved in a tight middle of the pack in the standings entering Tuesday’s second round.

“Kayla had our low round today, but felt she left a lot of room for improvement tomorrow. Tiffany and Payton both played very solid golf today. I’m looking forward to making up some of the ground we lost in tomorrow’s round. I think everyone has a good feel for where they can improve and we are all anxious to get back out there.”

Tee times will begin at 9:30 a.m. CT on Tuesday as the teams compete in the second and final round of the event in Kettering. A link to live scoring via BirdieFire is available on ValpoAthletics.com.