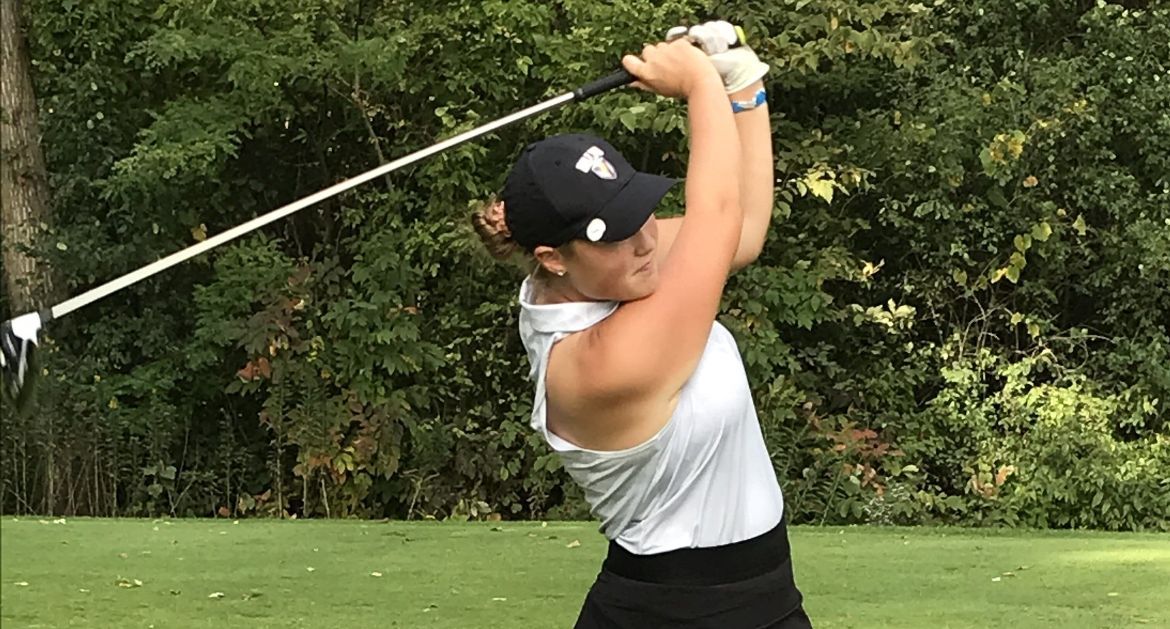 Roslyn Leitner had the best round by a Valpo freshman since 2011 on Monday.

Roslyn Leitner (Dundee, Ill. / Harry Jacobs) didn’t waste any time in making a strong first impression with the Valparaiso University women’s golf team. Playing as an individual, the freshman sits atop the leaderboard after Monday’s opening round of the 36-hole, two-day Flyer Intercollegiate. The event, hosted by Lewis University at Cog Hill Golf & Country Club in Lemont, Ill., marks the first Valpo sporting event against outside competition in over six months.

“It was a difficult day for the team. We should have been more competitive with the teams currently leading the tournament. I know our team is capable of lower scores and better course management. On a very positive note, I am extremely proud of freshman Roslyn Leitner. She has had a challenging start to her freshman year, but she was able to relax and pull everything together today. She is off to an awesome start and hopefully can keep it going tomorrow!”

The Flyer Intercollegiate will continue with 18 more holes of action on Tuesday from Cog Hill Golf & Country Club in Lemont, Ill.