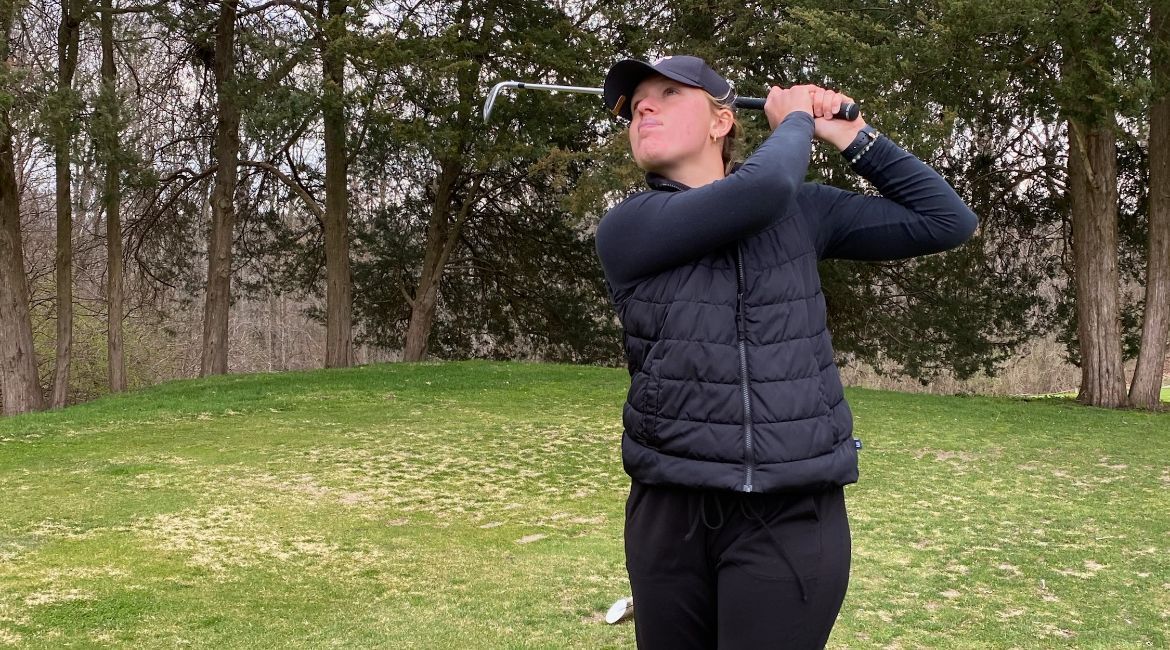 Freshman Anna Fay had the team's top score on Sunday.

The Valparaiso University women’s golf team teed off the Indiana State Invitational on Sunday, completing the first 18 holes of the two-round event at the par-72, 6041-yard Country Club of Terre Haute in Terre Haute, Ind. The Beacons were led by freshman Anna Fay in Sunday’s round.

“I’m very proud of Anna. She has been struggling with her swing and confidence recently, but really started to turn things around today. We left a lot of room for improvement and I’m looking forward to much better golf tomorrow.”

The final round of the event will begin at 9 a.m. CT on Monday in Terre Haute. A link to live scoring via GolfStat is available on ValpoAthletics.com.