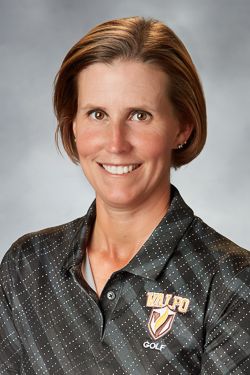 Jill McCoy completed her second season at the helm of the Valpo women’s golf program in 2019-2020.