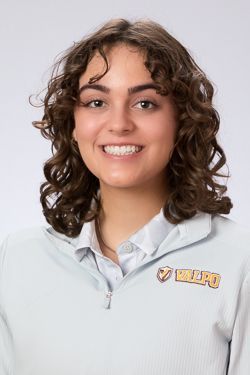 2020-21: Competed in eight rounds over four events during her freshman season and had a 91.75 average… Had her low round of 85 on two occasions, the second round of the Lewis Flyer Intercollegiate on Sept. 29 and the third round of the Redbird Invitational on April 10… Member of MVC Academic Honor Roll.