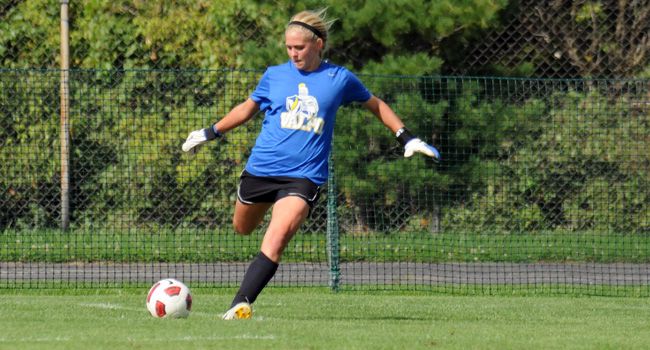 Valparaiso senior goalkeeper Kristen Manski (St. Charles, Ill./North) has been recognized by College Sports Madness as its Horizon League Women's Soccer Player of the Week after continuing her stellar start to the season between the pipes for the Crusaders.

Manski opened the week with her second shutout of the season, earning the 24th clean sheet of her career in Valpo's 1-0 win in extra time over Grand Canyon. While she had to make just one save to earn the shutout, Manski dealt well with her area all game, handling crosses and other chances with ease.

So far this season, Manski has not given up more than one goal in any of Valpo's four fixtures, extending her streak to 17 consecutive matches where she has given up one goal or fewer. Through two weeks of play, Manski paces all Horizon League regulars in both goals against average (0.47) and save percentage (.900).