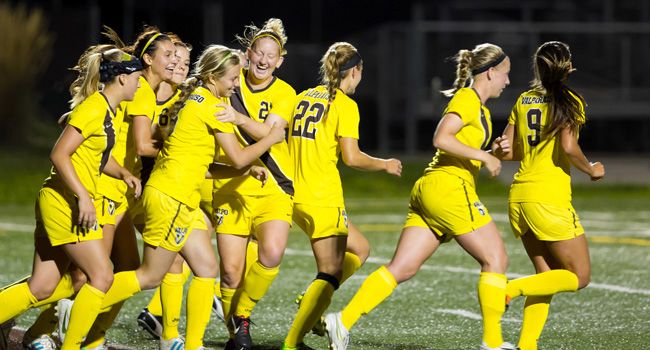 The Crusaders earned the NSCAA Team Academic Award for an 11th straight year.

For the 11th consecutive year, the Valparaiso women’s soccer teams was awarded with the National Soccer Coaches Association of America (NSCAA) Team Academic Award, as announced by the organization late last week.

The award is presented to soccer programs annually with a composite grade point average of 3.00 or better for the academic year, including both fall and spring semesters. The award is for the previous academic year, making this year’s award for the 2012-13 school year.

"This is an award that we take great pride in receiving and hold in the highest regard," said Crusader head coach John Marovich. "It takes a great deal of commitment, energy and discipline to compete at a high level in competition, but it takes an even greater amount to achieve that same level of excellence in the classroom at the same time. We are extremely proud and inspired to see our team recognized again for their accomplishments in the classroom as they strive to embody what which a student athlete should be at Valparaiso University."

The Crusader women's squad posted a team GPA of 3.45 during the 2012-13 academic year to earn the honor for an 11th straight season.