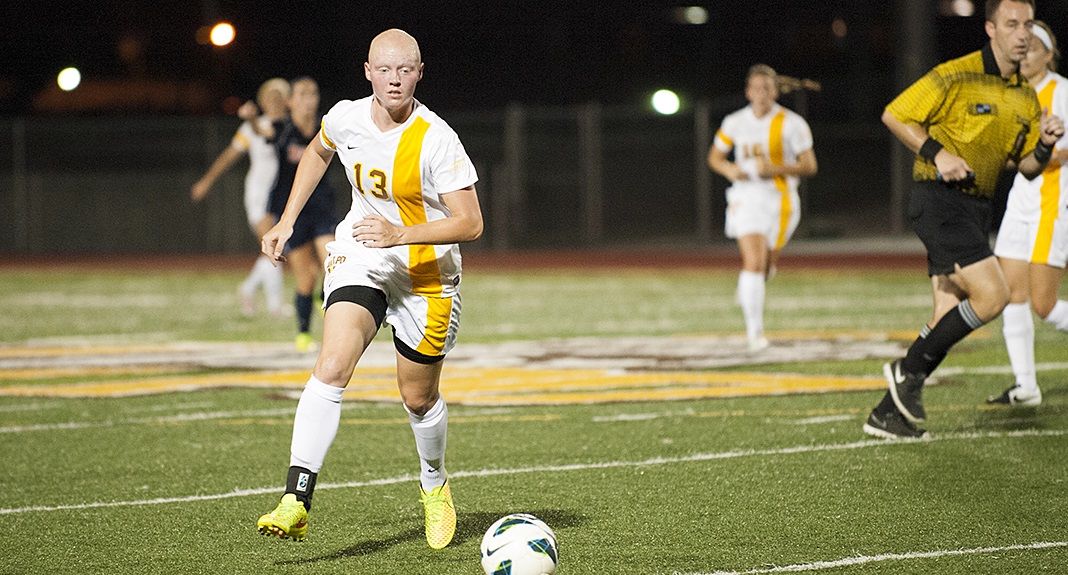 Sarrah Ludwig scored for the Crusaders on Friday.

A goal by senior Sarrah Ludwig (Downers Grove, Ill./South) early in the second half was enough for the Valparaiso women’s soccer team to equalize in its exhibition opener at Ohio Friday afternoon, as the two squads battled to a 1-1 draw. The Crusaders turn around quickly to conclude exhibition play at Brown Field on Sunday.

Ohio struck first on Friday as the opening half neared its conclusion, as the Bobcats’ Mollie Whitacre found the back of the net in the 43rd minute to give her side the halftime lead. But Ludwig made the most of her lone shot of the match, beating Bobcats goalkeeper Vanessa Cordoba in the 49th minute for the match-tying goal.

19 players saw action for the Crusaders on Friday, including seven players who saw their first playing time in the Valpo uniform. Ohio out-shot Valpo by a 9-6 margin and put six attempts on frame to the Crusaders’ five, but Valpo owned a 5-3 edge on corner kicks. Valpo played both of its freshman goalkeepers - Drew Moulton (Sycamore, Ill./Sycamore) made a pair of saves in the first half, while Tess Barrett (Tinley Park, Ill./Providence Catholic) stopped three shots in the second half to secure the draw.